Report: Carter-Williams and Greg Monroe on the Block?

Anou Enright February 4, 2016 Rumors No Comments on Report: Carter-Williams and Greg Monroe on the Block? 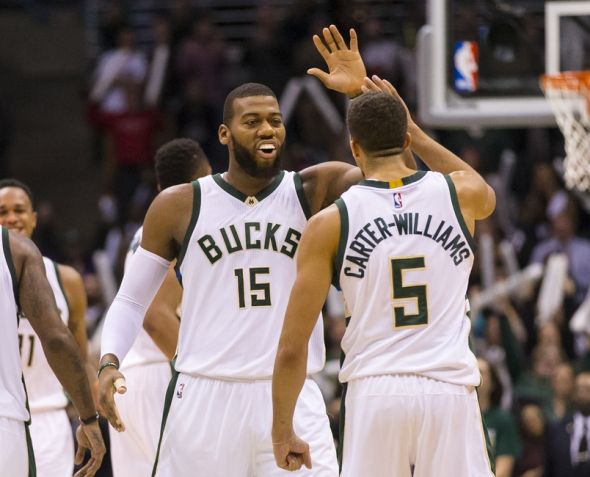 According to a quote from an NBA exec in Woelfel’s article, there are only a few untouchables on the roster:

“From what I’m hearing is they (the Bucks) are willing to trade anybody not named Parker, Antetokounmpo or Middleton,’’ an NBA executive said. “I even heard they’d listen (to offers) for Parker and Middleton, but it would have to be some crazy offer.”

The Bucks have been a huge disappointment at 20-31 and 6.5 games out of the 8th seed in the east after being a surprise playoff entrant last year.

Carter-Williams has been a huge disappointment and everything has gone downhill since they decided to deal Brandon Knight and acquire Carter-Williams.

Monroe has played well, but his slow plodding style doesn’t seem to mesh with the rest of the springy, athletic players that the Bucks have on the roster.

Teams will definitely inquire about both of these young talents and the Bucks could look quite different once again come the February 18th trading deadline.