Bucks Have Told Michael Carter-Williams They Won’t Trade Him

admin February 17, 2016 Blogs No Comments on Bucks Have Told Michael Carter-Williams They Won’t Trade Him 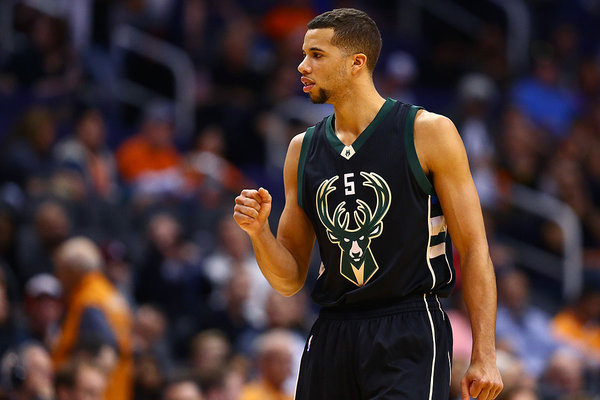 Or so they say.

Guard Michael Carter-Williams has been told by the Bucks that he would not be traded, a source said, but the Sixers told him the same thing.

This, for the record, runs contrary to what Gery Woelfel of the Racine Journal-Times is hearing:

Carter-Williams has been in and out of the starting lineup this season and it’s well known in NBA circles he is available. The truth of the matter is the Bucks have quietly been open to dealing Carter-Williams for some time.

Carter-Williams apparently is well aware of shaky status in Milwaukee. A source said Carter-Williams has been told he could possibly be dealt and, after the Wizards game, he hardly looked like a happy camper.

Carter-Williams left the locker room shortly after the Wizards game and walked directly to the team’s parking lot, saying he was “going on vacation.’’

It won’t be difficult to move Michael Carter-Williams if the Bucks are so inclined. He is on a rookie-scale salary for another season and shooting a career-best 45-plus percent from the floor. He still can’t score outside 10 feet of the cup with any trace of consistency, but his length and lateral maneuverability make him an intriguing defensive matchup.

But the Bucks can’t just deal him for the sake of dealing him. Their bottom-seven offense needs a bonafide playmaker, and while Carter-Williams isn’t the ideal floor general, he now leads the team in assist percentage with Greivis Vasquez on the shelf, per Basketball-Reference.

In this instance, when the Bucks tell Carter-Williams they aren’t moving him, they, unlike the Philadelphia Sixers, most likely mean it. But that doesn’t mean they haven’t tried moving him. More likely, it means they gauged the market and couldn’t find anything worthwhile.