Jimmy Butler Was Ready for Bulls to Move On From Thibodeau

Anou Enright December 29, 2015 Rumors 1 Comment on Jimmy Butler Was Ready for Bulls to Move On From Thibodeau 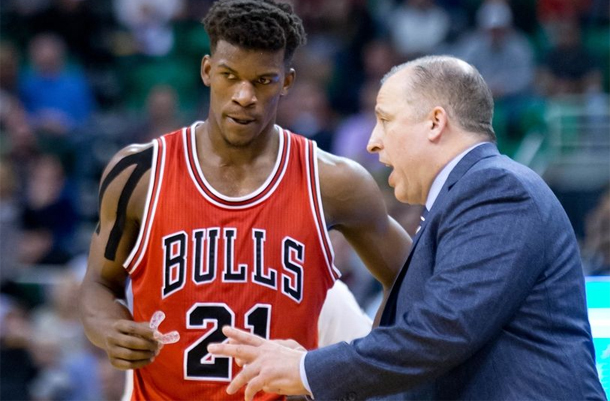 Given the success he had in a short period of time in Chicago, Tom Thibodeau’s dismissal at the end of last season came somewhat as a shock to most. The word was that the locker room was fractured and the team had tuned him out, despite their success on the court.

Reportedly, on the team’s biggest stars was ready to see Thibs walk. Jimmy Butler was apparently ready to move on from the Thibodeau experiment.