Kobe “Afraid” of Life After Basketball

Anou Enright July 21, 2014 Rumors No Comments on Kobe “Afraid” of Life After Basketball 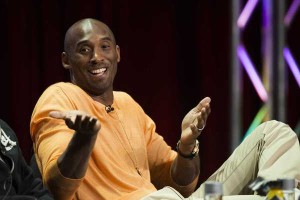 For most guys in the league, it’s tough imagining them doing anything other than playing basketball and for others, it’s easy to picture them making that transition. As time goes on, you see more an more active players doing stints as analysts or becoming heavily involved in business endeavors. In the case of Kobe Bryant, it’s tough imagining him doing anything else other than playing ball.

Perhaps he feels the same way as he admits he’s “afraid” of life after basketball. We take that lightly, but some guys truly struggle with that.

The unexpected time off last season forced Bryant to think about his post-basketball future.

“I’m afraid, too,” he said Friday at the summer TV critics’ meeting. “You really have to lean on muses and mentors going forward, just as I did as a kid. It’s about having that next wave of things, which is scary as hell, but it’s fun at the same time.”