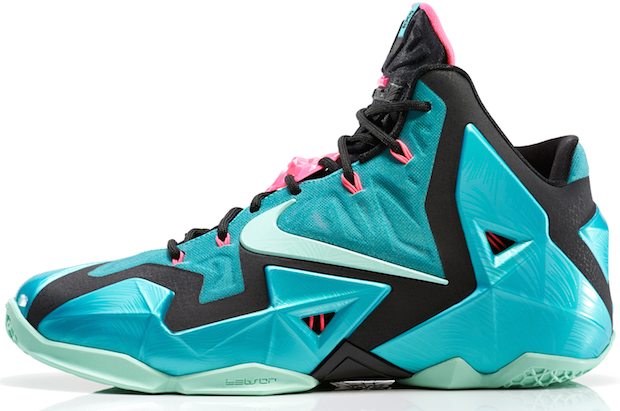 When Nike introduced the ‘South Beach’ sneaker colorway into the signature sneaker series for LeBron James with the ‘Pre-Heat’ LeBron 8, I don’t think King James or the Swoosh had any (real) idea of how much waves this color combination would cause.

The ‘South Beach’ colorway is arguably the most popular debuted on a LeBron sneaker, and many were disappointed to hear when Nike officially announced that there wouldn’t be a resurgence of the popular color blocking on last year’s LeBron X. After feeling the pressure from streets and multiple unofficial South Beach-themed pairs customized on Nike iD, we bring you the official images of the ‘South Beach’ Nike LeBron 11.

Everything you could imagine from a South Beach/Pre Heat colorway on the LeBron 11 from the primary color teal-and-black color blocking to having just enough pink accents on the Dynamic Flywire, piping, and lace lock jewel. These will be WAY more available than the original ‘Pre Heat’ LeBron 8 from three years ago but these will still sell out with the quickness so act accordingly.

The ‘South Beach’ colorway of the Nike LeBron 11 releases globally on June 21st. 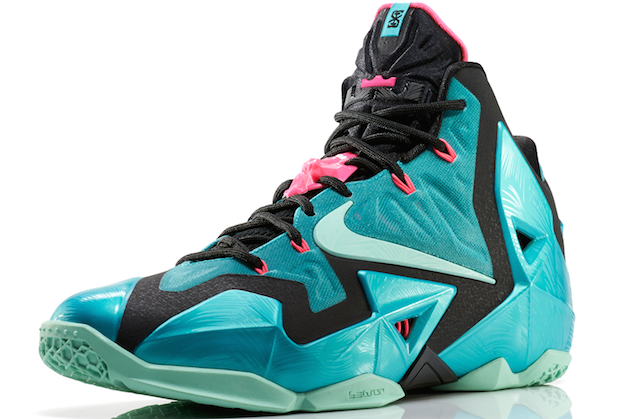 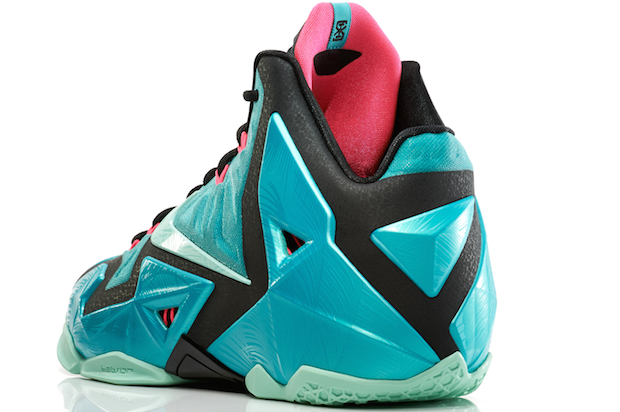