Vince Carter might have need a nickname update as the ratio on the “half man, half amazing” title seems slightly off in lieu of his recent accolades.

With 1.7 seconds left on in the fourth quarter and the Spurs up by two points against the Mavericks in Game 3 of the first round of the NBA Playoffs in the Western Conference, Vince Carter hit a game-winning buzzer beater to give Dallas the 2-1 lead in the series against San Antonio.

Carter pulled this feat off in a Player Exclusive pair of the Nike Air Max Body U. This isn’t a premiere sneaker from the Swoosh but really should be featuring a study build, Hyperfuse upper, and 180 Max Air cushioning unit in the sole. Vince Carter has developed a decent sneaker pedigree throughout his career and was the flagship player for the Nike Shox technology having used it on several of his previous signature sneakers.

Its good to see a player the caliber of Vince Carter show that amazing can happen in sneakers that can be found at discount and don’t have a players name on them. 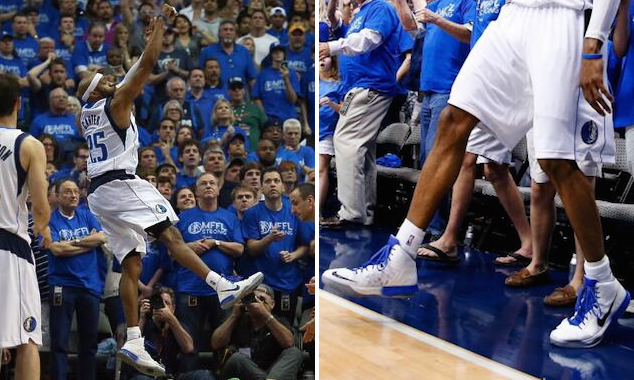