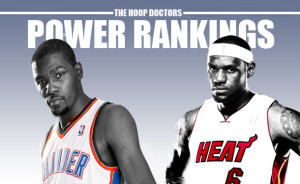 Folks, you made it. Congratulations.

The NBA regular season is over. It’s done. Finished. Finito.

Don’t get me wrong, this season was crazy. Downright exciting. But it also sucked. It sucked so freaking hard. More than it’s sucked in the past few years. Did it rival the 2011-12 lockout-truncated season? Shit, I don’t know. Maybe. Probably not. But it still sucked.

Why did it suck? Everyone was injured. Fine, not everyone, but enough players to piss us off. Plenty of players we wanted to see play—Derrick Rose, Kobe Bryant, Steve Nash, Nerlens Noel, Jrue Holiday, Ryan Anderson, Russell Westbrook (kind of) etc.—didn’t play much. That sucked.

Then there were the teams that were supposed to be good and sucked. Watching them sucked too. The New York Knicks spring to mind. So do the Cleveland Cavaliers. And Detroit Pistons, though you sort of knew they were going to suck. But they weren’t supposed to suck so hard.

The Minnesota Timberwolves sort of sucked too. They played respectable ball on both ends for much of the season, but they were supposed to make the playoffs. Yet they didn’t. That sucked. At least we have Gorgui Dieng. He hasn’t sucked.

Pretty sure the Lakers weren’t supposed to suck this bad either. Injuries crippled them. Badly. That sucked.

On the bright side, not everything sucked. Those damn Phoenix Suns didn’t suck, but it did suck they didn’t make the playoffs. The Western Conference also didn’t suck. Most of the teams were awesome. Even some of the non-playoff teams. The Eastern Conference, however, sucked. Sucked, sucked, sucked.

Never mind, though. We soldier on. Playoff basketball is here. Clean slates rule the day. And we say goodbye.

This will be the last power rankings until next season. Maybe we’ll throw in a few over the offseason when trades and big free-agency signings go down. For the most part, we’re done. We’ll see you next year.

But before you go, you might as well take a look at where every team stands as the regular season draws to a close, because, why the hell not?