NBA Power Rankings: Oh How the Mighty Have Fallen 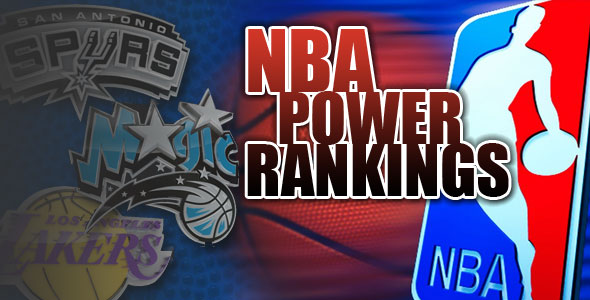 The NBA is rife with movement this week. Goliaths fell, Davids ascended and the enfeebled experienced success.

Translation: It’s been weird in the NBA lately.

(Don’t read what comes next if you don’t want to ruin the below contents.)

Only four teams remain lodged in last week’s spots. The 26 other factions Shimmy Shimmy Cocoa Puffed their way up or down the power rankings ladder. It was, again, strange. Especially near the top.

In recent weeks, the top of the league’s hierarchy has been a signboard for stability. Powerhouses rip-rolled inferior opponents. That’s how it was going down. This week, though, there’s a new sheriff in town, as the Miami Heat, along with the perplexingly reeling Indiana Pacers and not-quite-themselves-again Oklahoma City Thunder have fallen.

The oops-we-still-don’t-play-defense Portland Trail Blazers, meanwhile, have officially placed themselves outside elite ranks. And the Cleveland Cavaliers are still funny. And the Philadelphia 76ers are still holding open tryouts at local dumper fires. And the Brooklyn Nets are now both overrated and amazing.

Enough of this introduction, buttering-you-up, bullshit, though. Let’s get on with it.

(Spoiler, Part II: You were buttered up using imitation I Can’t Believe It’s Not Butter.)