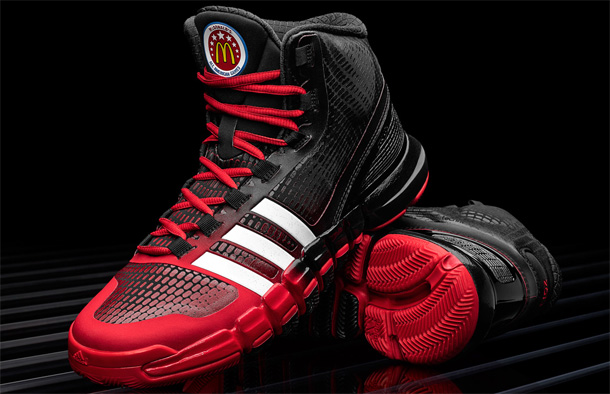 After getting a detailed look at one of the first releasing colorways of the adidas Crazy Quick, we take a look at the pair participants of the McDonald’s All American Game will wear.

A polished black color is used on the SPRINTFRAME to make the heel counter shine and compliment the white Stripes branding. The TECHFIT-constructed upper features a gradient fade going from black in the back to red in the front. A McDonald’s All American Games logo is seen atop the tongue of the sneaker as well as the current year 2013 stitched on a panel on the heel of this PE pair of the Crazy Quick. The outsole is entirely red except for the areas where the sneaker bends called the Quick Zone flex points; those are black.

Jerseys for the 2013 McDonalds All-American participants are printed on the adiZero short sleeve uniforms debuted earlier this year by the Golden State Warriors. Impact Camouflage isn’t anything new for adidas or the McDonalds All-American Game as the print was used on the uniforms last year but was overlooked due to the ‘Electricity’ Crazy Light II that all participants wore during the elite high school basketball festivities. 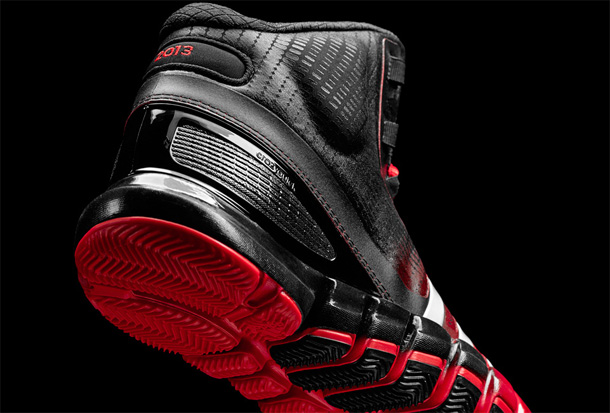 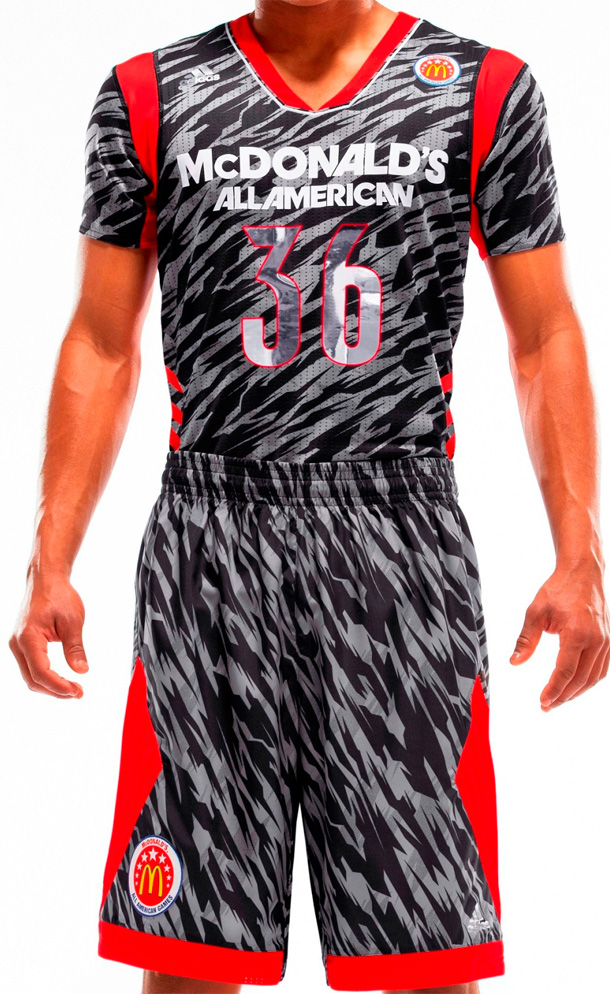 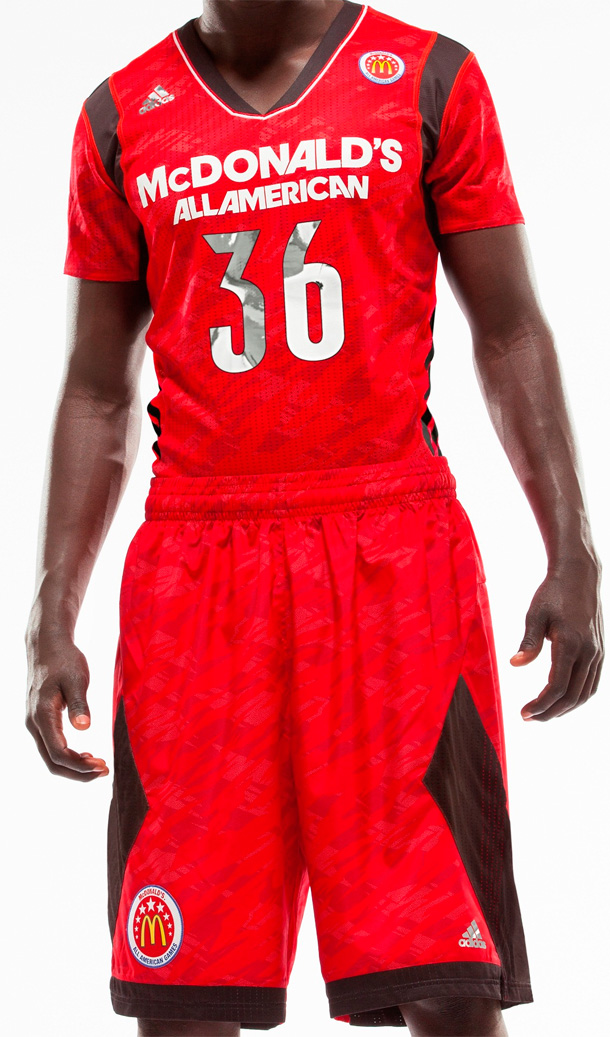