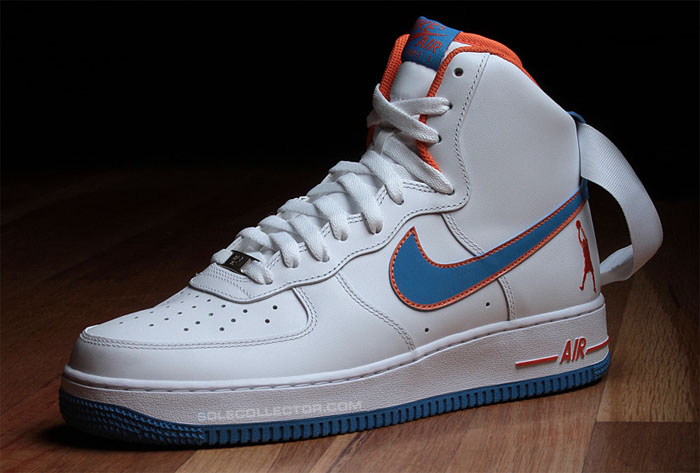 After showing you the ‘Away’ pair of Sheed’s new Ones which he debuted against the Brooklyn Nets during the first Battle of the Boroughs, we take a detailed look at the other pair of this Player Exclusive set.

The ‘Home’ Air Force One features a mostly white upper with a blue counter-color and orange branding.  This colorway looks like it would be more at home in the Chesapeake Energy Arena during a Oklahoma City Thunder game but given the amount of AF1s that Sheed possesses , I won’t hold it against him.

In the 2000s when the Air Force One hit new heights of popularity, Nike released a few of Rasheed Wallace’s PEs (mainly in patent leather) in colorways to match his then Detroit Pistons uniform.  If these hit stores would you pick up a pair? Take a look at the pictures provided by Sole Collector and let us know in the comment box below. 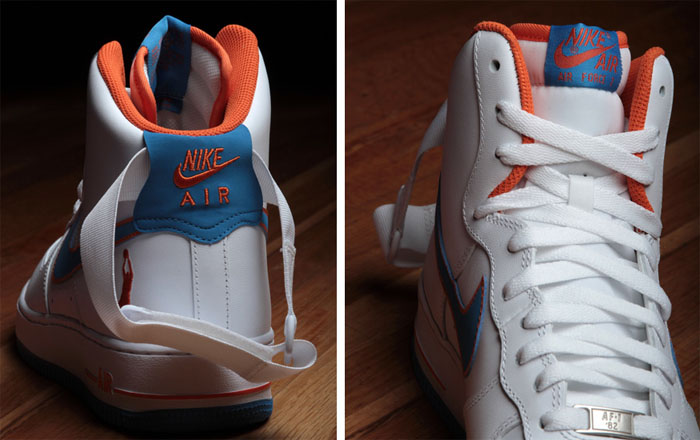 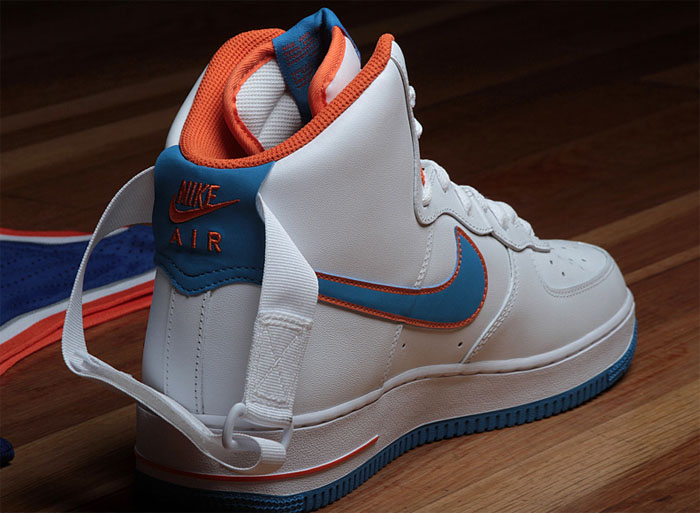 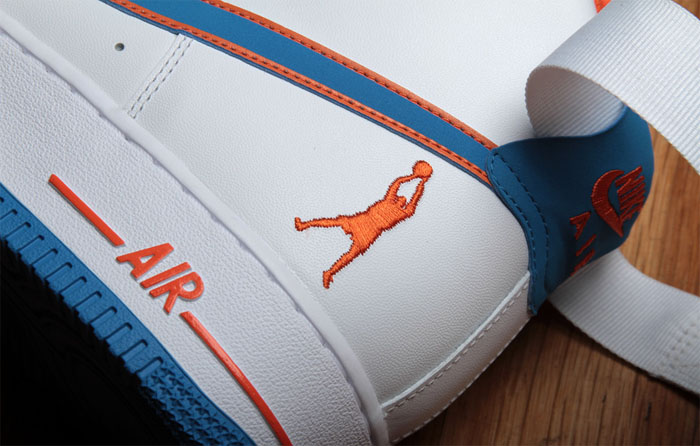 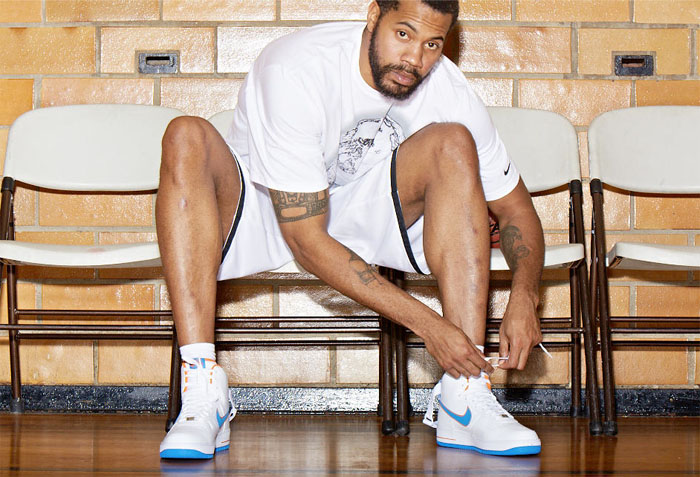 Ben Berry is a writer based out of Orlando, FL by way of Baltimore, MD by way of New York City that grew up in New Jersey. After attending West Virginia University, Ben became involved with The Hoop Doctors and was made an editor and runs the entire Kicks column.