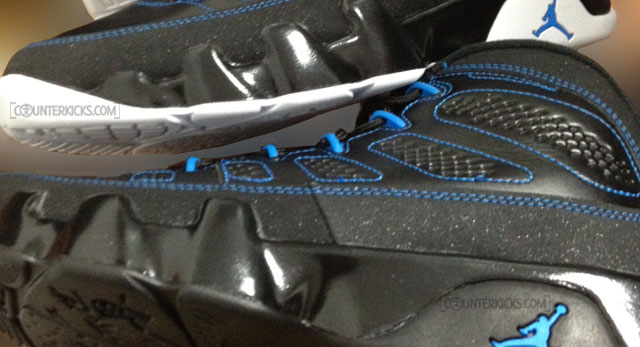 The Jordan IX has always been one of my favorite Air Jordans ever so I was gassed that hear there would be plenty of them in 2012. With over five different pairs dropping, not just OG colorways were brought back but several new colorways would make their way to store shelves this year.  Easily the most limited pair of the year will be the ones that were made by mistake.

A new colorway of the only Air Jordan before the XVII that Michael actually never wore during a NBA game, the Air Jordan IX – ‘Photo Blue’ was scheduled to release as a mostly black sneaker with a white outsole.  Seen in the picture above is the aforementioned pair on top of an almost identical pair below except of the entirely black midsole.  We told you back in June that the ‘Photo Blue’ Jordan IXwas scheduled to drop in the second half of 2012 but now a November is what I am hearing.

Looking at the numbers, roughly one-third of the ‘Photo Blue’ Jordan IXs that are going to hit store shelves were involved in mistake which begs the question what will happen to the mistaken pairs.  Will they simply hit factory outlets to be purchased by bargain hunters, will they become a special release themselves, or will they simply never see a barcode. We’ll just have to wait and see. 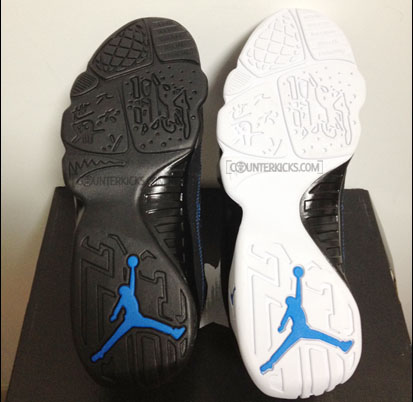