The NBA for the past couple years has been the professional sports league that has not only accepted but gone as far as embracing and promoting the use of social media, including twitter, among it’s star players. But since the lockout has been in effect, NBA Commissioner David Stern has been quite clear their will be big fines for any teams who communicate with their players through twitter. Even going as far as to say teams could lose their draft picks. This infographic takes a look at the lighter side of the twitter ban, before and after the NBA lockout: 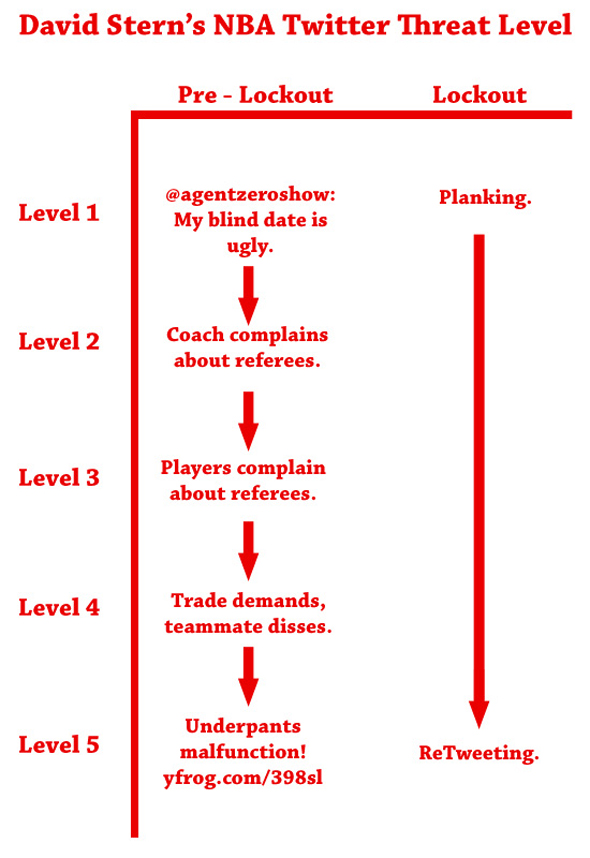 The newest edition to The Hoop Doctors writing staff, Dane Carbaugh is the editor and lead writer of the popular new basketball blog A Young Sabonis. Dane is a published research author and also writes for Dime Magazine and Bleacher Reprt. He can be found on Twitter at @DaneCarbaugh