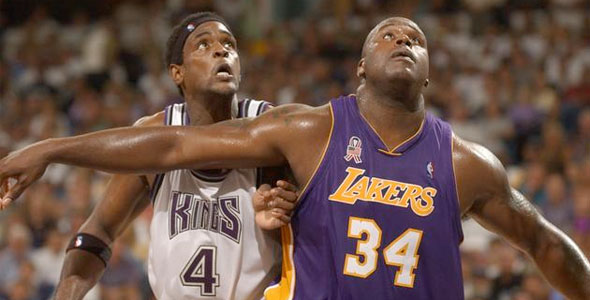 If I may speak on behalf of Los Angeles Lakers’ fans in Southern California, I say this to Sacramento: Keep your Kings—we don’t want them! If you like the Kings, don’t be offended. You love them. I hate them. But, we both want the same thing: to keep the Kings in Sacramento.

Although I may not be a Kings’ fan, they would surely agree with me that the Sacramento Kings do not belong anywhere near Los Angeles. The Sacramento area and their fans should be able to keep their franchise.

This goes beyond the over-saturation of basketball in the so-cal area. Having the Lakers is enough for me. They are one of the two most-winning franchises in NBA history, and they are usually entertaining to watch.

We also have the Los Angeles Clippers, who aside from the occasional season like 2006, have been mostly a joke. The addition of Blake Griffin, though, is changing all of that. Now, the Clippers have their own high-profile NBA star, making their franchise all the more viable and interesting.

Also, former Los Angeles Lakers’ point guard and Hall of Fame player Magic Johnson may also be in the process of bringing an NFL franchise back to L.A. This seems like a good idea because the city has no football team, but it does already have 2 basketball teams.

I’ve heard the argument made that the Sacramento Kings will attract their own unique crowd if they are moved to Anaheim. But the fact is that kind of duality already exists here in L.A. and in multiple sports.

Is there really room in southern california for another basketball team and another basketball fan-base? And, man, we already have “The Kings” in L.A. playing in the NHL. Like last year’s NBA playoff promo ad stated: there can be only one!

Yes, it could work, but it would be redundant. I say keep them in Sacramento, or, if absolutely necessary, maybe move them to a city that wants an NBA team back: Seattle comes to mind.

The intense playoff battles of the L.A. Lakers and Sacramento Kings during the 2000’s also make the L.A. area an odd choice for the Kings’ franchise.

There was no love-loss between L.A. and Sacramento (teams, cities, and fans) when they faced each other in 3 straight playoffs. Players from both franchises have talked about each other. Fights broke out, like the one between Doug Christie and Rick Fox.

The Kings don’t belong in Los Angeles anymore than an NBA team belonged in Vancouver, Canada.

So, Sacramento, raise some money, or donate to the fundraiser—heck, Lakers’ fans should start donating money, too. To Kings’ fans: don’t lose your Kings to an area, and fan-base, that won’t appreciate your team half-as-much as you guys do. As much as I relish the short, sweet Lakers-Kings “rivalry,” I have always respected the Kings’ fans. That area has a great fan-base, so please do what you can to save your Sacramento Kings!

For more information on saving the Sacramento Kings, see the “SacDeflated” Facebook page.