NBA Games of the Week Worth Watching

admin November 8, 2010 Blogs 1 Comment on NBA Games of the Week Worth Watching 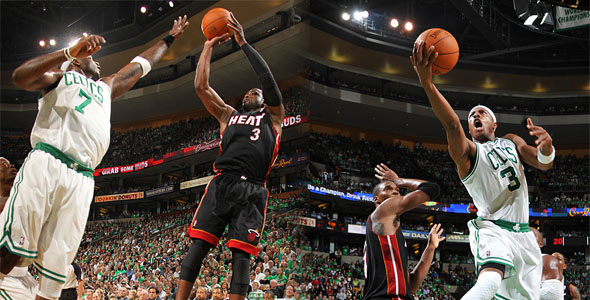 Utah Jazz @ Orlando Magic: Fans will be treated to Dwight Howard and Deron Williams, arguably the best point guard and center in the league. Not to mention, getting to see Jerry Sloan and Stan Van Gundy, two of best and most entertaining coaches to watch on the sidelines. I would almost bet one of them will get a technical foul.

Los Angeles Clippers @ San Antonio Spurs: On paper, this game does not seem very intriguing. However, I cannot wait to watch Blake Griffin and DeJuan Blair mix it up down in the post. In addition to being a viable option on offense, both players play with an old school reckless abandon. I would hate to be a loose ball both players were fighting for.

Los Angeles Lakers @ Denver Nuggets: The Lakers are off to a blistering start this season and will be looking to win their first game in Denver in two seasons. The Nuggets have been up and down so far this season, trying to figure out if Carmelo is serious about playing for them. This will be a good measuring stick game for Denver.