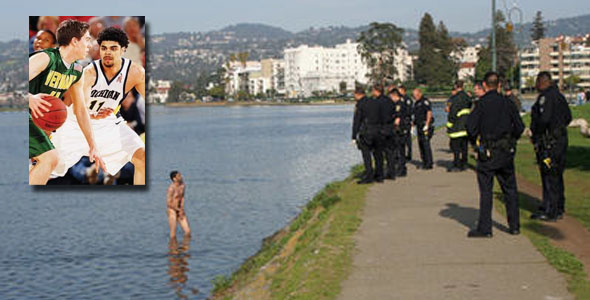 I saw the most hilarious/whack bit of news today on a great sports blog called You Been Blinded. If you don’t know YBB, you should head over there and get to know their site. It’s always got fresh sports content that entertains and lightens the mood. Anyhow, what I was reading on YBB was about the recent arrest of former University of Michigan baller, Dommanic Ingerson, and how he tried to evade police by jumping in Oakland’s Lake Merritt and swimming away from them.

Here is what You Been Blinded had to say about the arrest:

Former University of Michigan basketball player Dommanic Ingerson jumped in Oakland’s Lake Merritt to swim away from police only to be arrested when he got to the other side. Police were chasing Ingerson because he reportedly robbed two women in downtown Oakland. He went into the water wearing black shorts but he was naked when he left the lake 35 minutes later.

Police held Ingerson on suspicion of robbery and grand theft and later transferred him to a psychiatric hospital which is the best move. Any brotha trying to swim away from the police needs his head checked. 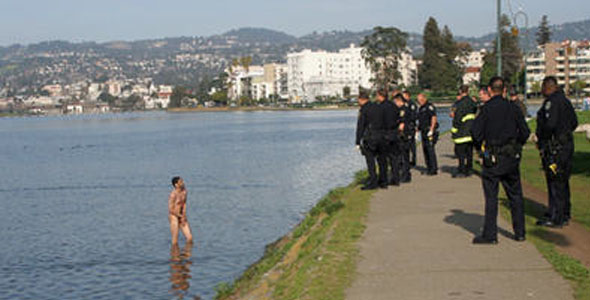 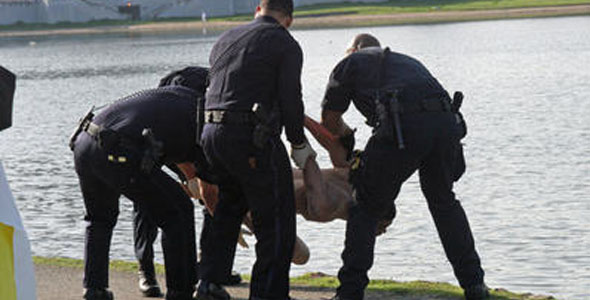