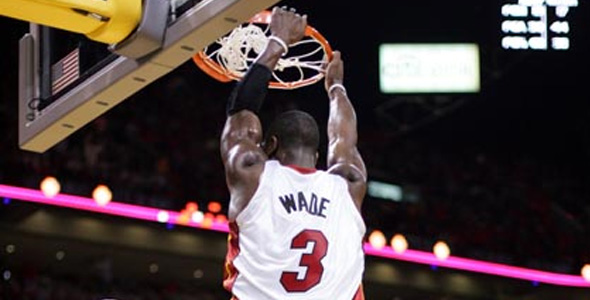 By now, we’ve all seen the all-star starters and the dunk contest participants. To expand on Shaquille O’Neil’s comments on LeBron James’ dunk contest status, I offer this all-star revision.

What Shaq suggested, getting Kobe Bryant and Vince Carter, two previous dunk contest winners, to participate in the dunk contest was ridiculous. Those guys have way too many NBA miles on their legs. While I think Gerald Wallace, Nate Robinson, and Shannon Brown and maybe even DeMar DeRozan will do an admiral job; Shaq’s idea to have “stars” dunk is a great idea!

Having stars in the dunk contest would continue a trend the league started a couple years ago with Dwight Howard. Why not continue? No offense to those selected, but here are some stars and rising stars that could help electrify the dunk contest, who have not yet won the NBA dunk contest:

If you wanted to throw in someone with a Dunk Championship on his resume, you could always add in:

Who do you think would be good competition for LeBron James in the Dunk Contest, if he mysteriously entered late this year, or possibly next year?