NBA Plans to Allow Ads on Practice Jersey’s This Season 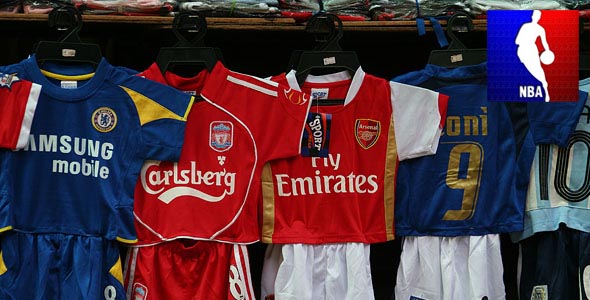 NBA Deputy Commissioner Adam Silver had this to say about the decision:

“We are operating a diverse business all around the world,” Silver says. “(The sponsored game jersey) is a well-established practice in other countries. Ultimately, I think our fans will come to accept it.”

Personally, I am diametrically opposed to this idea. Are the individual NBA franchises in that bad a financial shape that the NBA is considering caving under their pressure and allowing this? The economic recession has forced companies of all types into innovative thinking and altering of business principles, but from a fan’s perspective this just seems ridiculous. The NBA has spent a great deal of time and money branding their franchises over the years and been very cautious about not allowing advertising on jersey’s. In fact they have very tight control over the arena advertising as well for certain products. Do they want to throw away all that time and money spent in branding to allow teams to make a quick buck in the short term to help ends meet?

And what if the highest bidder’s for that ad space are companies selling products that conflict with the current sponsorship deals of the NBA’s biggest stars. Will Kobe Bryant wear a jersey with a huge Reebok logo beside his Lakers logo? Better still, what if a pharmaceutical company selling medication for a sexually transmitted disease decides they want the principle ad space on the NBA jersey? Will NBA players balk at having to be walking advertising models for the latest in herpes meds? Or maybe, the NBA just hopes that the players will fall into line with this idea, in hopes that the gravy train trickles down their way in the way of more bloated player contracts.

Something I always enjoyed about NBA jersey’s was the lack of over-branding, the sheer simplicity of the look. Do we really want our pro-athletes looking like a race car driver, or better yet a race car itself, all loaded up with corporate ads so the team can make some extra bucks. Some of the international soccer jersey’s come to mind as worst case scenario’s as well.

Maybe i’m just a bit biased because I always loved simple sports gear. The ones with the tasteful logo tucked away in the corners. For example, i’ve always shied away from the ball caps where it seems the shark is pretty much eating your head. But meh, that’s just me.

What are your thoughts on the NBA allowing ads on their practice jersey’s?