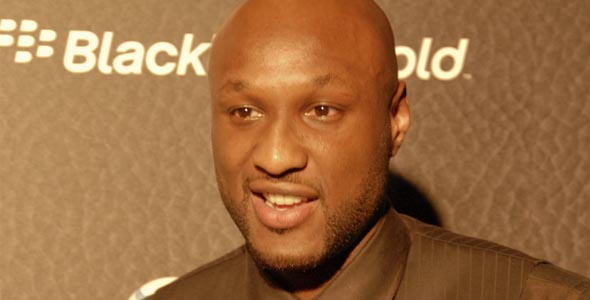 This has become the Brett Favre story of the NBA.

It’s a story where nothing has really happened since the situation first started, yet everyone continues to talk about it.

It’s been a history of “what if,” “what could be,” and “how much” that’s resulted in no movement whatsoever. All we have are possibilities.

So why is the dormant love triangle between the Los Angeles Lakers, Miami Heat, and Lamar Odom still a significant story? Why are we still talking about it?

Why should we care?

Don’t get me wrong. I love Odom’s game. He’s extremely gifted and does just about everything on the basketball floor. He’s a match-up nightmare for any team in the league and both L.A. and Miami would be lucky to have him.

Even more importantly, he has the all-important playoff experience and a new, shiny ring to put on his finger.

But how has the chase for a team’s second or third scoring option become the kind of subject matter that you might find at your local supermarket checkout?

The “news” surrounding Odom and his pursuers over the last month or two has been more about people’s feelings rather than actual dollar amounts and statistics. As much as I hate the business side of the NBA, it’s really difficult for me to give two hoots about how a player’s feelings were hurt because he wanted more than $27 million for playing a game.

First, it was Odom that was emotionally hurt. Then, Jerry Buss was distraught that Odom didn’t sign and pulled the offer from the table, which is where the Heat came into play.

The next shocking story was that Dwyane Wade wanted Odom in Miami. Kobe decided to have some input on the situation and gave his support to Odom, coming out publicly to say that the team needed Odom to stay in L.A.

All the while, the on-again off-again relationship between Odom and the Lakers has reached a level that’s between a middle school relationship and a television soap opera.

So where’s the news?

And where has Odom been this entire time?

Hearing from Odom, or even his agent, would make more news than anything we’ve heard over the last month. It would at least give us an idea of what direction he was leaning in or what’s going on in his head, although I doubt that Lamar Odom even knows what’s going on in Lamar Odom’s head.

Instead, we get a month and a half of nonsense without any actual activity. Odom will sign somewhere eventually and then we’ll have an actual NBA landscape to talk about.

Welcome to the NBA off-season, I guess.