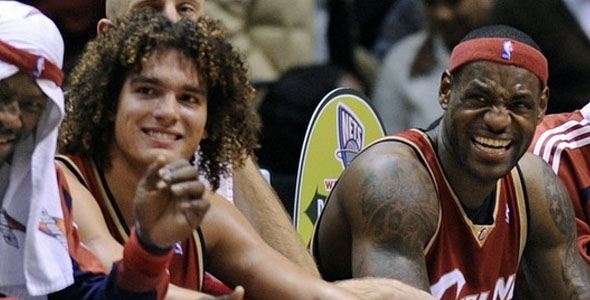 I saw this picture this morning on Shaver Sports Blog and thought it was far too funny not to pass on to you guys. Every King has to have a Joker right? Or at least a right hand man. Well in Lebron “King” James case, that joker seems to be teammate Anderson Varejao. He is well known for his wild and crazy hair, right? Well now for his tattoo’s as well. 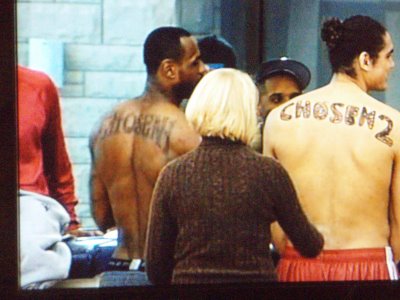 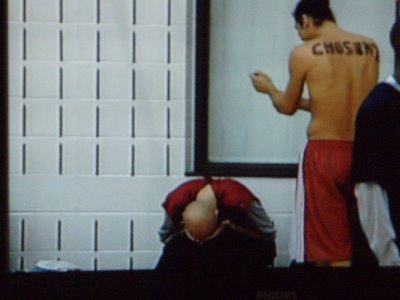