Is Stephon Marbury the ‘Mike Tyson of the NBA’?

admin December 2, 2008 Blogs 5 Comments on Is Stephon Marbury the ‘Mike Tyson of the NBA’? 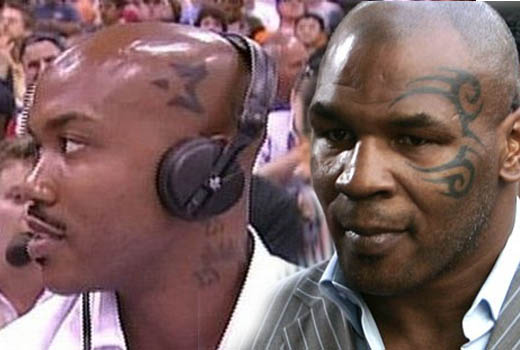 For those of you who read the title of this post and assumed we were referring to Stephon Marbury’s head tattoo, you are wrong (although that would be a pretty funny/legit reason for comparison). After reading this post on News Day today with a similar title I started thinking more about this Marbury-Knicks situation.

It seems that there were a number of unfortunate circumstances that led this nightmare standoff situation for the Knicks and for Marbury. Most of which have ended in a Knicks/Jim Dolan buyout of players and coaches. Couple the past buy-outs by Jim Dolan with the fact that current Knicks GM Donnie Walsh is not that far removed from his own house clearings in Indiana following the big Ron Artest and Co. brawl in Detroit, and you can start to see why Dolan and Walsh together are about as scorned and jaded as an NBA executive pairing could be.

For me it seemed like a ‘no-brainer’ to either find Marbury a new home in the off-season, buy-out his contract and let him walk, or even pay him and banish him from the arena and training camp. But again given Walsh and Dolan’s recent histories, we as NBA fans and analysts were stuck with the mess of a staring contest that remains in the Marbury-New York era.

Anyone with any basketball sense knew that Marbury was not a “D’Antoni guy” as his whole offensive philosophy is predicated on ball movement. Never Marbury’s strongest point. Maybe the shoot first ask questions later attribute to Marbury’s game would have had Marbury himself praying for a shot at the D’Antoni system, but I doubt the feeling was mutual.

So is Stephon Marbury now the Mike Tyson of the NBA? I’d have to say no.

Because for Marbury to be the Mike Tyson of the NBA, he would have had to at one point been the best in the game. The MVP caliber point guard, the best and brightest of the point guards in the league. Similar to a current Chris Paul, or Deron Williams. Or even in the recent past a Steve Nash or Jason Kidd. Don’t forget there once was a time when Mike Tyson was the best of the best. The youngest of champions, raw fury and power all bottled up and waiting to explode on his next opponent. He was always a little rough around the edges but no one could deny his brilliance in the ring. Then he crashed and burned. He basically imploded and fell apart as an athlete, as a person, and as a boxer.

In my opinion Marbury never achieved even the slightest level of “greatness” to be compared to the Mike Tyson’s of the world. Sure he’s a high profile athlete that ensured the implosion of his career through a series of bad choices and attitude problems. Sure he was an all-star caliber player at one point, but Marbury was never in the conversations of an MVP level player, or even a top 3 or 4 point guard in the league. So enough with the Marbury-Tyson comparisons already…..

…Unless you are referring to their hideous head and face tattoo’s of course!