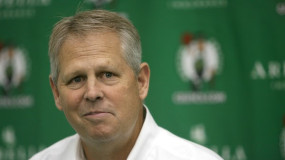 Well, duh. The 2014 NBA draft class is expected to be the deepest pool of talent seen since 2003, when players like LeBron James, Carmelo Anthony and Dwyane Wade each made jumps to the Association. Naturally, teams holding first-round picks—and multiple first-rounders—are taking a long hard look at the most highly touted targets. Especially the [...] 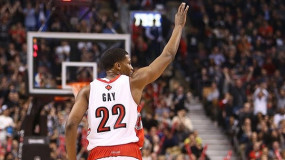 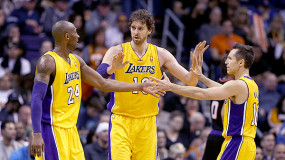 If this Lakers’ season were a new movie, what would you call it? “Escape Plan?” Oh, wait D-12 already did that. “Cloudy with a Chance of Meatballs 2?” Or maybe “Prisoners,” to describe the Lakers fans and perhaps Bryant, himself. As the Lakers prepare to start the 2013-2014 season without veteran 5-time NBA champion and [...] 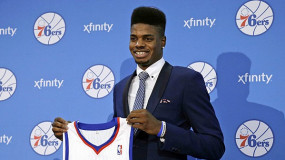 Say it ain’t so, Noel. According to Fox Sports Ohio’s Sam Amico, Philadelphia 76ers rookie Nerlens Noel is likely to miss the entire 2013-14 NBA season due to a slow recovery from his torn ACL. The Daily News’ Bob Cooney confirmed the news, writing that Sixers coach Brett Brown admitted Noel would probably sit the [...] 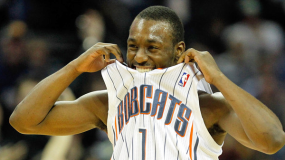 Oh, Kemba. I’ve never considered Kemba Walker to be amongst the most emotional of NBA players. Sure, I’ve seen him cheer after a big shot or ankle-breaking crossover, but nothing that led me to believe he was the down-on-his-knees, sing-to-the-heavens, shed-a-tear-over-an-offseason-signing type player. Alas, I was wrong. According to Rick Bonnell of the Charlotte Observer, [...] 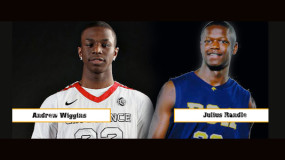 July 25, 2012 – Allen Moll With the 2013 HS recruiting class’ top prospect Jabari Parker out of action this Summer, nursing an injury, the attention this offseason has focused on the “other” top tier prep prospects that will soon be household names in college like Andrew Wiggins and Julius Randle. [...] 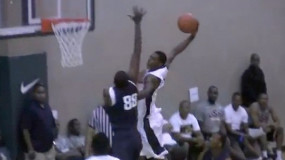 July 10, 2012 – Allen Moll For those of you that still don’t know who rising junior Andrew Wiggins is yet, most experts universally agree that the Canadian born hoops star is the best amateur hoops player on the planet, regardless of grade level. [...] 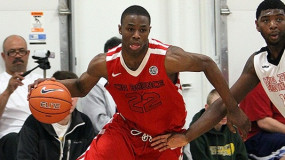 May 4, 2012 – Allen Moll Every couple of years an up-and-coming hoops prospect seems to have that something special that will make him a star on any level of basketball.  In the past, some players that have embodied that buzz as early as high school have been Lebron James, John Wall, and Anthony Davis. [...] 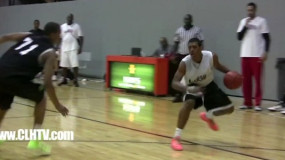 January 20, 2012 – Allen Moll If you haven’t yet heard of Class of 2013‘s outstanding shooting guard Xavier Rathan Mayes, be one of the first to take notice. Hailing from Ontario, Canada, Mayes is one of the most sought after backcourt players in the junior class. The 6’2 shooting guard currently plays his HS [...]