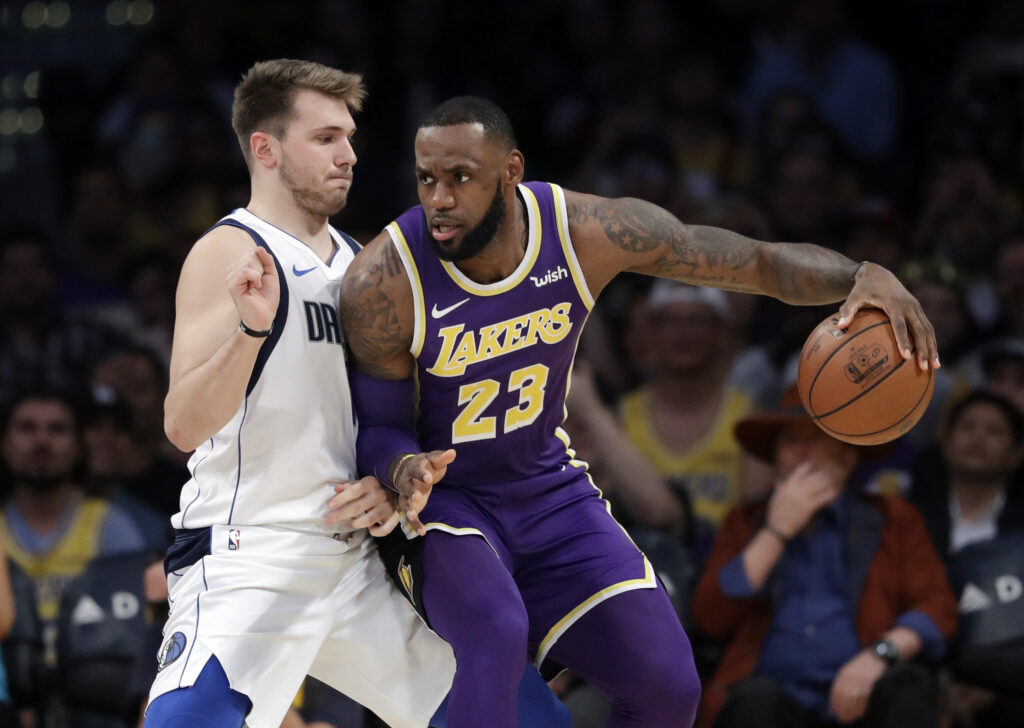 Luka Doncic recently became the third-youngest player in NBA history to be named to the All-NBA First Team. The youngest player to do so was LeBron James, who beat Luka by 58 days. (For the record, without the stoppage of play that occurred in March, Luka would have beat LeBron’s record.) That got me thinking. Could Luka break more records set by LeBron James?

I found six records owned by LeBron James that Luka Doncic can break. It won’t be easy, but if anyone can break these records, it’s Luka.

At the time of this writing, LeBron’s streak of games scoring at least 10 or more points is up to 990 games. Considering an NBA season is 82 games long, you’re looking at over a decade of games. That’s consistency. (It’s also one reason why LeBron is currently 5th on the all-time scoring list.)

But it also points to LeBron James’ health and longevity. For example, Luka Doncic would have 28 straight games of double-digit scoring, but he sprained his ankle in the first quarter of a game against the Miami Heat in the 2020 season. Little things like that would have to go his way in order to break this record, whatever it turns out to be. If he can stay healthy, I have no doubt Luka can get at least 10 points in every single game for the rest of his prime.

In his second season.

To break LeBron’s record, Luka just needs to maintain his scoring, rebounding, and assists averages, add a few steals, and play a complete season of about 70 games. The good news is, he’s putting up these numbers before he’s even in his prime. If he does this for the next five seasons, which seems likely, then he’ll break this record. 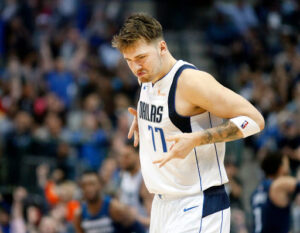 I’m actually a little surprised no one else has done this in the NBA’s 74-year history, but it speaks to LeBron’s unique versatility and longevity. For Luka to join LeBron in this record, he would have to average at least 10 assists and 10 rebounds per game for the next 11-13 seasons, depending on how many games he plays per season.

When you put it that way, you can see why only one player has done this. Even some of the all-time greats don’t sustain the same elite level of play for that long.

LeBron James has, so far, 20 Playoff games where he recorded at least 20 points, 10 rebounds, and 10 assists. Luka Doncic has one such game in his young career. I’m not saying this is easy. Again it would take longevity and a lot of Playoff appearances. However, I think Luka is primed for both.

He led a former lottery team to the Playoffs in his second season and hasn’t shown any signs of being injury-prone. The Mavericks should be a perennial Playoff team for the next 10 years, giving Luka plenty of chances to break this record. Of all the NBA records I think Luka can break, I think this is one of the most attainable.

5. Only player in NBA history to record at least 500 points, 200 rebounds, and 150 assists in a single postseason, multiple times

Three times LeBron has recorded at least 500 points, 200 rebounds, and 150 assists in a postseason. He’s the only player to do that multiple times. Luka has one Playoff appearance so far. In his first 6-game postseason appearance, he recorded 186 points, 59 rebounds, and 52 assists. However, his per game averages would have put him at LeBron’s mark if the Mavericks had (somehow) made it to the NBA Finals.

The point is that it’s possible for Luka to put up the numbers it would take to break this record. However, it will probably take multiple Finals appearances, and that’s not easy to do.

6. Only player in NBA history to average a triple-double in the NBA Finals

Ok, this is a big one. I’ll admit that. This isn’t just recording a triple-double in a Finals game. It’s averaging a triple-double for the entire series. (Full disclosure, I’ve never played in the NBA Finals, but I hear that it’s very hard.) 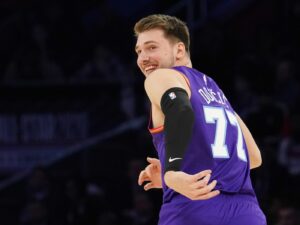 However, if anyone can accomplish this and join LeBron, it’s Luka. His game is similar to LeBron’s, and if his first Playoff appearance told us anything, it’s that he’s a special player. I’m not saying this one will definitely happen, but I’m willing to put it on the list. Related to this, I might also be willing to guess that Luka can tie LeBron’s achievement of recording a triple-double against every NBA team. That one might be more likely, but not quite as fun to predict.

Luka Doncic is certainly a special player. By his second season, he was already in the MVP conversation and had broken many records. LeBron James owns some of the most lofty NBA records, but there are some I think Luka can break. Their playing style is similar, even if they do play different positions, and Luka seems to have the same killer instinct LeBron has.