NBA Conference Final Preview – Which Teams Will Meet In the Finals?

admin May 19, 2019 News No Comments on NBA Conference Final Preview – Which Teams Will Meet In the Finals? 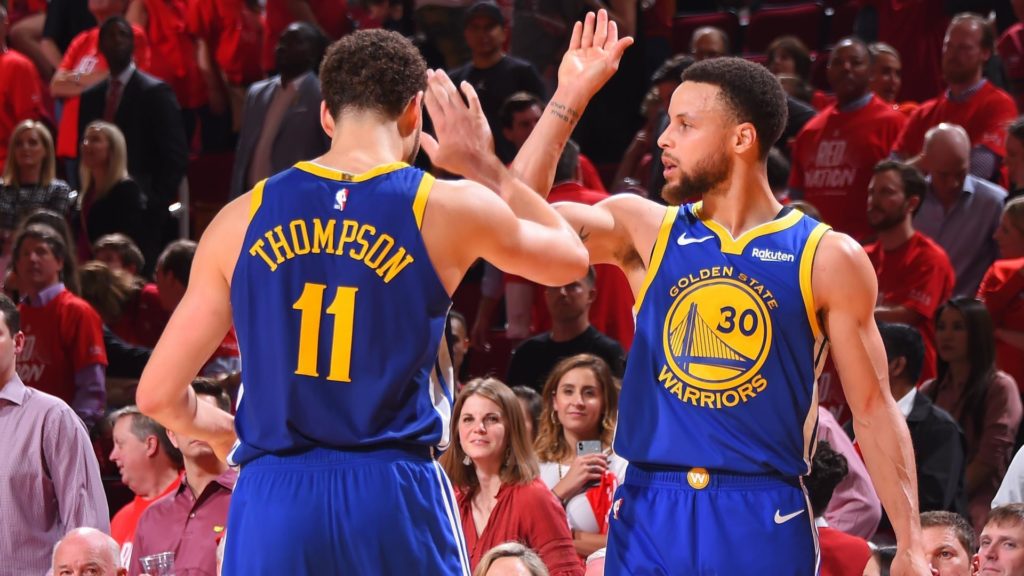 This year’s NBA Finals is definitely going to be interesting for a lot of reasons. For starters, LeBron James is no longer part of the picture after giving basketball enthusiasts eight consecutive NBA Finals appearances. Not that it makes everything fun, but it certainly gives the event a new direction. And although the Golden State Warriors are no stranger, fans are introduced to newer faces – Toronto Raptors, Milwaukee Bucks, and Portland Trail Blazers.

It is too early to suggest which team is going to make it. But as far as the NBA conference final preview – and if the NBA Finals is going to happen today – one can definitely present an answer. As of press time, the Warriors are up 3-0 against the Trail Blazers. Meanwhile, the Raptors are down 0-2 against the Bucks.

In the Western Conference Finals, the Warriors have shown what a great basketball team they are. They have managed to shut down every opportunity the Trail Blazers have in taking the lead. Damian Lillard, as expected from him, is putting up real numbers with the help of CJ McCollum and Seth Curry (the brother of Stephen Curry). Unfortunately, the experience and expertise of the Warriors from the three-point line have made it difficult for the Trail Blazers to clinch a win. Mind you, Kevin Durant is not even joining the rally yet after suffering from an injury.

The Eastern Conference Finals, on the other hand, is also not looking good for the Toronto Raptors. The Kawhi Leonard and Kyle Lowry-led team have lost two consecutive games against the Milwaukee Bucks. The “Greek Freak” Giannis Antetokounmpo is dominating the series, proving his inclusion in the NBA best. Of course, this is not to mention the numbers (a new career-high) Brook Lopez had put up in the first game. Game 3 is without a doubt an important game for the Raptors, especially if they want to have a fighting chance in the series.

One of the ways fans can have more fun is betting in NBA games. You can either bet on your favorite team or simply look at the odds to see which team is likely to win. If you are new to this world, there is no need to worry about. There are tons of sports betting tips out there and most of them are specifically designed for newbies.

You do not have to always wage on your go-to team, though. For instance, you might want to place a wager on the Toronto Raptors despite the current standings. This is where you want to predict the winner of the game or series and place a wager on it. So even if your favorite team did not win, you can still take home the glory after betting on the victorious team. Sports betting in the NBA Finals is absolutely a must-have experience!

So far, statistics have shown that team down to 0-3 is unlikely to advance in a series. In a sense, the Warriors have a much higher chance of winning the Western Conference Finals. In the case of the Raptors and the Bucks, the former needs to do whatever it takes to win Game 3. Otherwise, they would be in a similar place with the Trail Blazers.