Kevin Durant Will Not Travel to Portland, His Injury is More Serious Than Previously Thought

Anou Enright May 17, 2019 Blogs No Comments on Kevin Durant Will Not Travel to Portland, His Injury is More Serious Than Previously Thought 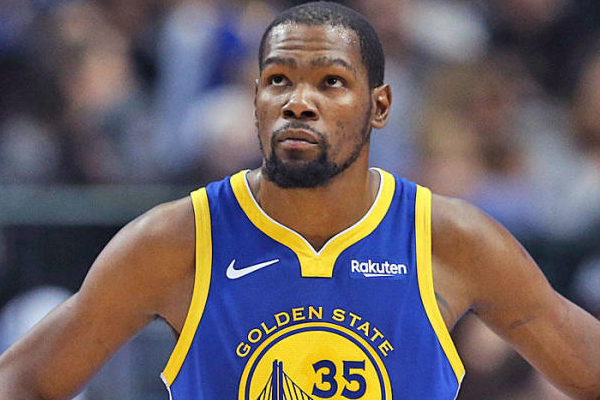 Durant has now sat ou for three games since injuring his right calf in Game 5 of the conference semifinals against the Houston Rockets.

Unfortunately for Durant, he is “not close” to returning and the earliest Durant we could expect to see him is game 5 which takes place next Wednesday.

After the Warriors’ 114-112 comeback victory Thursday night in Game 2, Steve Kerr told reporters that the team is taking a wait-and-see approach when it comes to KD.

“Hopefully he continues to progress, and he has made progress, but it’s a little more serious than we thought at the very beginning,” Kerr said. “So we’ll see where it all goes, but he’s in there all day long getting treatment. He’s done a great job of committing himself to that process … and hopefully he’ll be back at some point, but we’ll just wait and see.”

Durant has averaged 34.2 points, 5.2 rebounds and 4.9 assists for the Warriors in the playoffs this season.

The Warriors go to Portland with a 2-0 series lead. Game 3 is Saturday, followed by Game 4 on Monday.