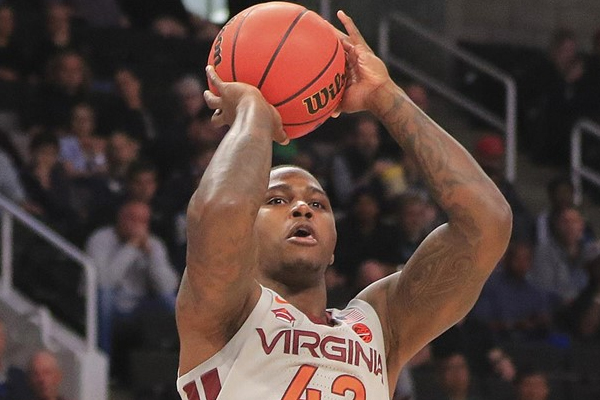 According to head coach Buzz Williams Virginia Tech guard Ty Outlaw will be playing in the Sweet 16 matchup against Duke on Friday despite being charged with marijuana possession.

The school hired an outside agency to administer a drug test on the 6-foot-6 senior, and the results returned negative. I wouldn’t be surprised if all those folks betting on March Madness outcomes had put their money on Ty Outlaw’s test coming back positive. Good for him though, and good for the team as they focus on taking on the first seeded Duke Blue Devils.

“The disturbance that led to the search warrant occurred while Ty and our team were in California last week,” Virginia Tech coach Buzz Williams said in the statement. “While Ty and our team were still in California, the authorities executed the search. Upon our return to Blacksburg on Monday evening, Ty became aware of the situation and was fully cooperative and transparent with local authorities and me.

“After gathering more information, we decided that an outside agency should perform a drug test on Ty prior to us departing campus on Wednesday and that test came back negative. After discussion with our director of athletics Whit Babcock and our athletics administration in accordance with our policies and procedures, we are following our departmental protocol involving misdemeanors.”

“With that information in mind we intend to play Ty on Friday evening. We will continue to let the process play out and that’s all I can say at this time. If information changes we will respond appropriately according to our policies.”

Outlaw, a graduate student, is averaging 8.7 points and 5.4 rebounds per game this season. He recorded a double-double with 10 points and 11 rebounds in the Hokies’ win over Liberty in the first round.