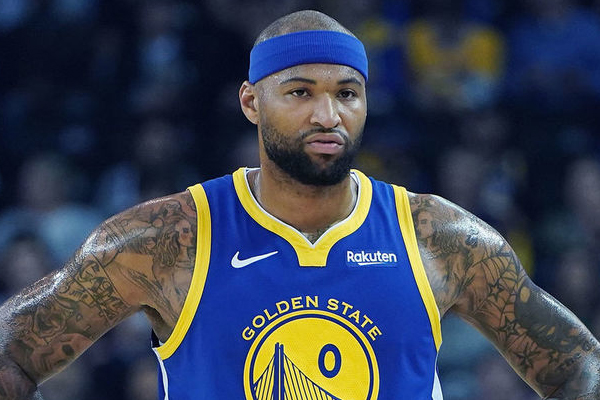 A Boston Celtics fan has reportedly been banned from the TD Garden through the end of next season for yelling a racial slur at Golden State Warriors center DeMarcus Cousins.

The fan in question reportedly called Cousins the N-word when the Warriors made their only visit to Boston on Jan. 26. There has been no official announcement from the Celtics, and it is unknown if the ban is from the team or the NBA.

This is what Yahoo Sports’ Chris Haynes had to say:

“I was told by league sources that the incident occurred while the Warriors were in Boston. January 26, during that game there was a fan who muttered the N-word at DeMarcus Cousins. I was told DeMarcus informed one of the team’s security guys and got a hold of the security team there at TD Garden. They took care of the fan, but I was told, ultimately, that fan was banned for the rest of this season and next season. He received a two-year ban. That was never disclosed before.”

“I was told the Warriors and DeMarcus were just informed of [the ban] recently. I think what the league wants to do moving forward is make sure they do a better job being informative and communicative with the players and the team,” added Haynes. “What’s going on with this new revaluation is showing that the league and teams out there are doing what they can to keep these types of slurs to a minimum.”

Cousins recently told Haynes that fans have called him the N-word “on a few occasions.” He declined to identify the specific locations in which incidents took place, but some reportedly occurred in Sacramento during his tenure with the Kings.

The 28-year-old center said he’s complained to the league about racist remarks but has been told not to respond.