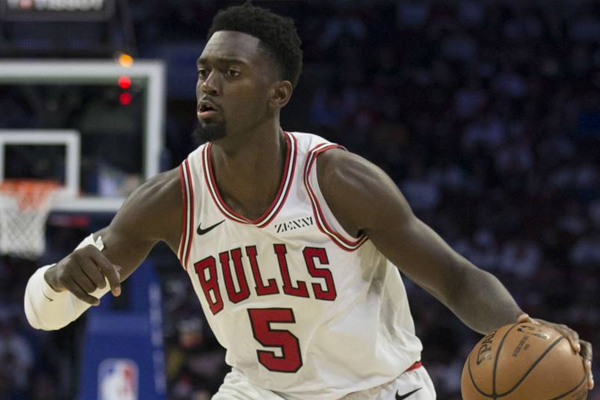 Bobby Portis of the Chicago Bulls thinks Warriors’ Kevin Durant injured him on purpose during the Bulls’ 146-109 loss on Friday.

Durant and Portis got tangled up on a screen which resulted in Portis spraining his elbow, which according to him, was not accident. He believes Durant pulled his right arm on purpose with the intent of injuring him.

Here is the play Bobby Portis is saying Kevin Durant tried to injure him on. A lot going on here but watch KD's left arm/hand. #BullsNation pic.twitter.com/7SGj4MVcGu

“If I would have done that, I would have got a foul call on me, defensive foul,” Portis said, via the Chicago Tribune. “I guess it’s just who you’re playing against. Everything is officiated different toward whoever it is, but if you look back at the video at the time, it was obvious.”

Both players received technical fouls after exchanging words in the aftermath of the play.

Portis thinks officials treat him differently because of his reputation which he earned after a 2017 altercation that left Mirotic with a concussion and facial fractures.

“Obviously, everything is officiated differently towards me,” Portis told reporters. “It’s because of that incident (with Mirotic) last year. Everybody thinks I’m this bad guy when really I’m a really good dude. Image is everything, and I guess that’s what my image is.

“I always play with an edge, play hard and kind of make these facial expressions to make it seem like I’m mad all the time on the court,” Portis continued. “It’s just who I am: play hard, bring an edge. I really can’t control the facial features I play with. It just happens. It’s kind of a gift and a curse.”

Durant has not yet responded to Portis’ accusation.