admin February 13, 2018 Blogs No Comments on San Antonio Spurs Won’t Be Put Up for Sale as Part of Owners’ Divorce Proceedings 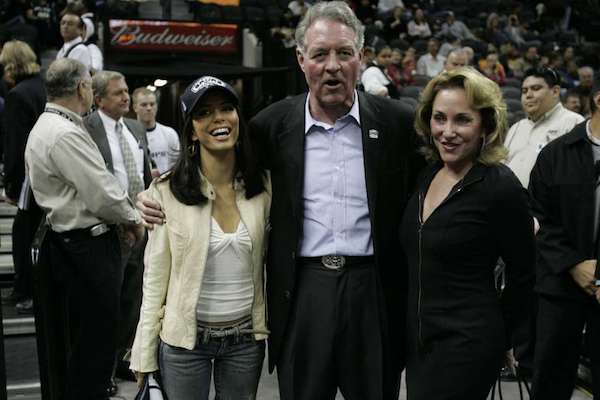 The San Antonio Spurs are not for sale.

Indeed, this needed to be clarified. As Julianna Hawn Holt, who recently took over as Spurs chairman and CEO, and Peter Holt go through the process of getting a divorce, some wondered whether the team would be put on the auction block. But according to Julianna herself, it won’t be.

Julianna Hawn Holt, who took over as Spurs chairman and CEO from her husband Peter Holt in March 2016, told a San Antonio television station on Monday: “The franchise is safe.”

After court documents revealed Hawn Holt filed for divorce in December, there was speculation the couple would have to sell their stake in the team in order to divide their assets.

However, Hawn Holt made it clear there will be no sale. “We are dedicated and committed to continued success,” she said in a statement to KSAT-12.

It’s understandable that this became a point of curiosity, however minor. Marital separations on this scale can get messy when divvying up the assets. And the Spurs are, without question, an asset.

Forbes recently valued every NBA team at over $1 billion. The Spurs checked in at No. 11 on the list, with a valuation of nearly $1.6 billion. And that’s just a raw number. Potential buyers would be willing to pay more based on growth projections.

Take the Los Angeles Clippers. Owner Steve Ballmer paid $2 million for them in 2014. The value of the team is already, according to Forbes, closer to $2.2 billion. Suitors would take one look at the Spurs, and their decades-long run of 50-victory seasons, and no doubt pay a similar if steeper price tag for them.

But again: That, apparently, won’t be an issue. And that’s something fans should celebrate.

New owners could tinker with the way the organization is run, even if nothing’s broken. No one in San Antonio should want that. Soldiering on with Kawhi Leonard this season is enough instability for a franchise typically run on anything but.