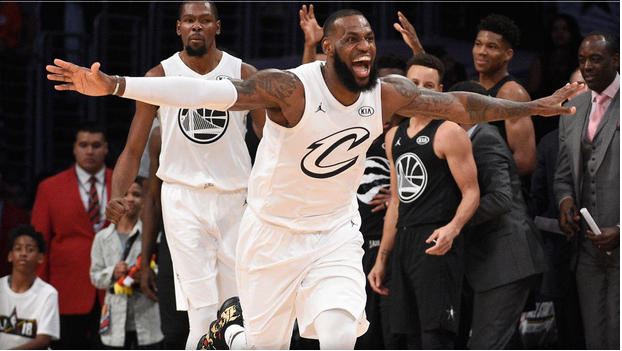 The 2018 NBA All-Star Game and the new format did not disappoint.

Team LeBron beat Team Curry 148-145 in a highly entertaining spectacle of the best basketball players in the world, as team captain LeBron scored what would be the go ahead bucket in the final minute after a dish from his former teammate Kyrie Irving.

LeBron and many of the players associated clearly took it more seriously than in recent years and played with more pride and effort and LeBron rode that to his 3rd All-Star Game MVP trophy.

With his 3rd MVP award in the league’s mid-year showcase, LeBron set a new record for the longest period of time between his first and most recent MVP honor at 12 years. 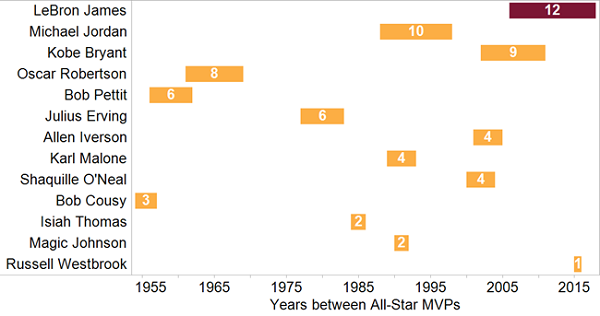 He also displayed the ability to be the lock-down defender that he exhibited in his time in Miami on the final possession, preventing Team Curry from getting off a three-pointer to tie the game:

It appears as though James has been revived in the last few weeks with the retooling of the Cavaliers roster at the trade deadline, it will be interesting to see if he can lead his team to the NBA Finals yet again this summer.