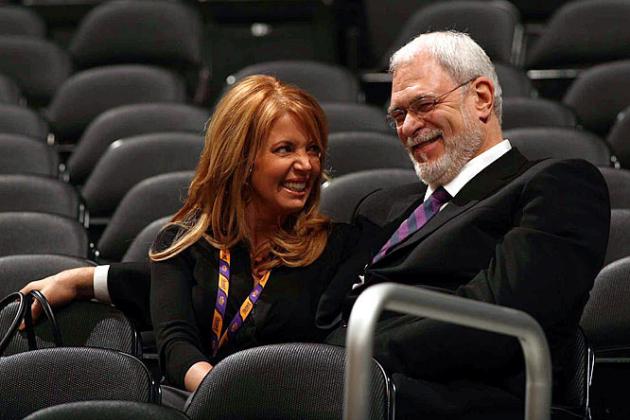 Less than two years into his 5-year pact to serve as Knicks boss, you get the sense that Phil Jackson is growing antsy. His ousting of Derek Fisher would lead you to believe so. Will he eventually want to step down if things don’t turn around soon? Not much happened with the team at the trade deadline and the squad is not competing for a playoff spot as management would’ve liked. Even if quitting is in his future plans, don’t expect to see him back in L.A., says Jeanie Buss.

Translation: despite recent speculation that she might expedite the timeline in order to bring her fiancé, New York Knicks president Phil Jackson, back to the Lakers, there is no such covert plan as it relates to next summer. Jackson signed a five-year, $60 million deal with the Knicks in March of 2014.

“It really isn’t about trying to get him back here (to the Lakers),” Buss said. “He is happy with what he is doing, and he … is up for the (Knicks) challenge, and he’s seeing the results of the work that he’s put in. But he has a ways to go.”