A Eulogy for the Grit and Grind Era in Memphis

Anou Enright February 23, 2016 Blogs, Ryan Bawek 2 Comments on A Eulogy for the Grit and Grind Era in Memphis 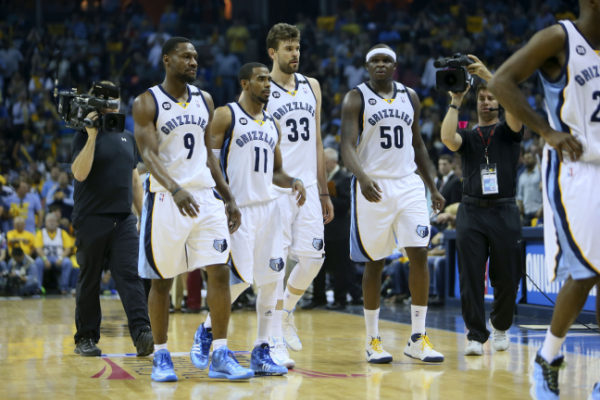 News came down Tuesday that Marc Gasol will undergo season-ending surgery for his fractured foot.

Although the Grizzlies are currently sitting at 32-23 and in fifth place in the Western Conference, not having their anchor in the middle means the Grizzlies have zero chance to win a postseason series. That’s if they are even able to make the postseason for the sixth straight year.

The writing was on the wall before this debilitating news as the Grizz opted to sell off some of their better role players in Jeff Green and Courtney Lee before the trade deadline for future draft picks.

The Grizzlies have been consistently above average and in the super tough Western Conference for the past 6 years, as this unlikely collection of players have meshed and established an identity that has connected on a deeper level with the local fan base. Here is a brief eulogy of the Grit and Grind era in Memphis. 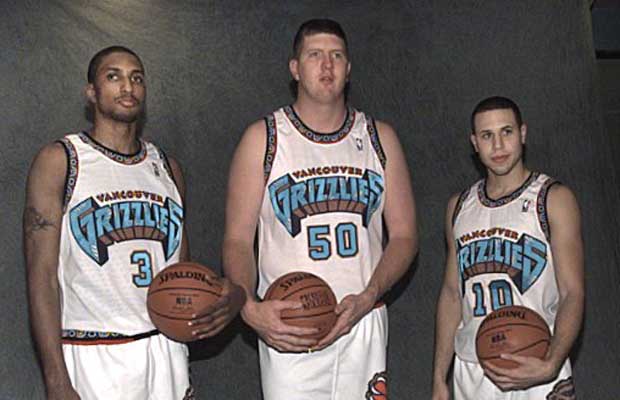 The Grizzlies started out as a highly unsuccessful franchise that toiled in obscurity and futility in Vancouver for six seasons never winning more than 23 games in a season.

They relocated to Memphis in 2001, the same year that they finally nailed a high draft pick selecting Pau Gasol with the 3rd pick of the 2001 NBA Draft. Within three years they won 50 games and made their first postseason.

Although it was impossible to see at the time through the collusion whispers invoking trade, the seeds were planted for the grit and grind era of Memphis basketball. The Grizzlies had their center of the future to pair with their raw, but lightning quick and crafty rookie point guard in Mike Conley. 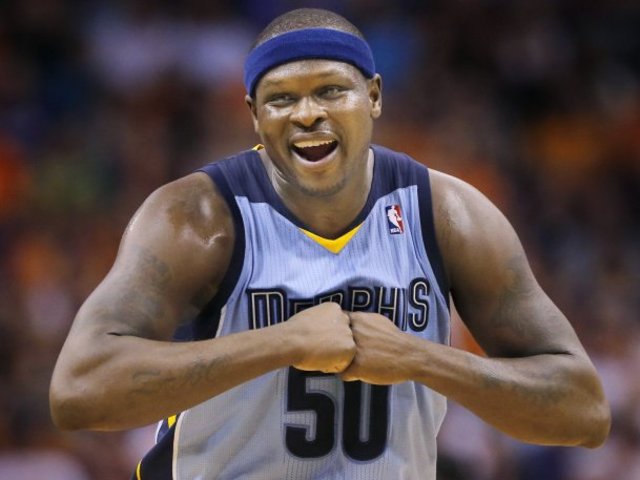 It was clear very early in Zach Randolph’s career that he was a double-double machine, capable of dominating the glass and scoring around the bucket at will on a nightly basis. It was the reason the Blazers signed him to a six-year, $84 million extension in 2004 after his third NBA season. Things started to go awry for Randolph though as he was putting up almost 20 and 10 on a nightly basis yet seen as a guy with an attitude problem and a locker room issue that teams didn’t want to deal with. He was traded to the Knicks before the 2007 season and after being subjected to the unmitigated disaster that was the Knicks franchise for a year and a half, was dealt to another disaster in the Los Angeles Clippers.

Heading into the 2009 season Randolph’s value was at an all-time low and the Grizzlies coming off of a 24 win season, made the decision to take a chance on the misunderstood and talented power forward to pair him with Gasol.

Zach Randolph finally felt at home once he arrived in Memphis and was surrounded by a front office that supported him and an environment that wasn’t as toxic as the Jail Blazers of the early 2000s, the mess that has been the Knicks since the 2000s and the pre-Chris Paul Clippers. Z-Bo and the city of Memphis seemed perfect for one another as the working class of Memphis connected with the sort of toughness and passion Randolph displayed on the court every night.

This is summed up by Grizzlies play-by-play man Pete Pranica:

“I think that Zach gives people hope”, said Pranica. “A lot of people struggle with tough economic realities in the Mid-South and they see that Zach was raised in a single-parent home where sometimes the utility bill wasn’t paid because there wasn’t any money to be had. So they relate to him and keep grinding away just as he did with the hope that things will get better. He’s an inspirational figure.”

The Grizzlies improved dramatically in Z-Bo’s first season with the team finishing 40-42. 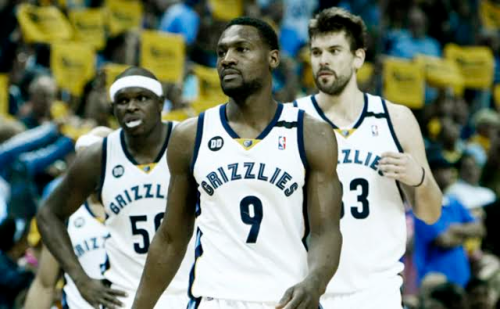 The fourth member of the Grit and Grind crew and the player who really encapsulates the workman like attitude of the Grizzlies arrived before the 2010-11 season: Tony Allen.

The Grizzlies would win 46 games shock the number one seeded Spurs in the first round by dominating a six game first round series before relying upon Zach Randolph to carry them to within one game of the western conference finals, losing in 7 games to the upstart Thunder in one of the best series of the past 20 years. 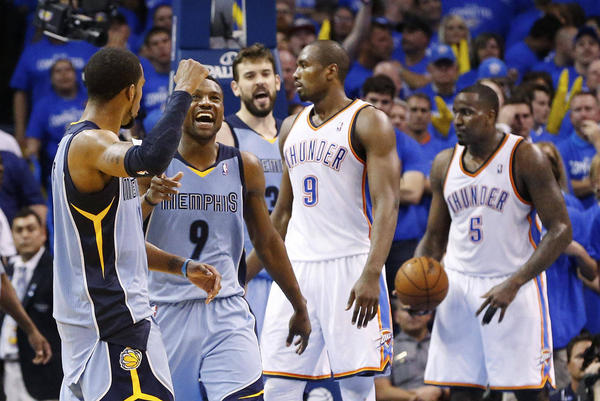 This was the year when it all started to come together in Memphis as Marc Gasol and Mike Conley had developed into top 50 players in the league to compliment their emotional leader and offensive go to player in Zach Randolph.

The Grizzlies put together their best season in their franchise history winning 56 games and establishing themselves as legitimate title contenders for the first time in their franchise history. After getting revenge on the Clippers in a first round rematch of the year before, the Grizzlies dominated a Russell Westbrook-less Thunder team in five games to set up a showdown with the San Antonio Spurs to go to the NBA Finals.

The savvy and extremely hot Spurs proved to be too much for a Grizzlies squads not used to the moment as the Spurs won a very physical, low-scoring series in 4 games. 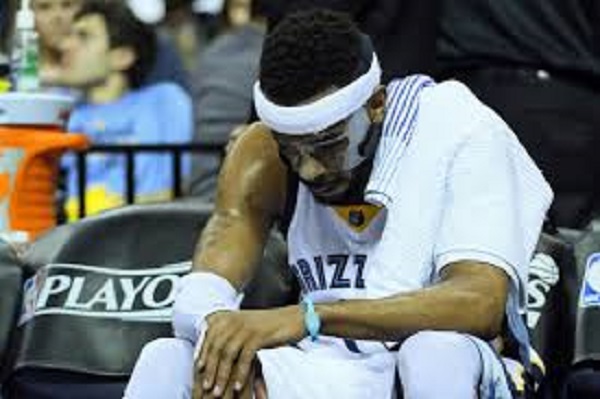 People forget that as incredible as the Warriors were winning 67 games last season en route to their first NBA championship in 40 years, the Grizzlies were right there with them most of the season. The Grizzlies were 41-14 at one point before the injury bug hit and many thought the Grizzlies had what it took to win the west.

Despite a banged up Zach Randolph and injuries to Tony Allen and Mike Conley, the Grizzlies dismantled the Blazers in the first round and took a 2-1 lead on the Warriors in the 2nd round before faltering in 6 games.

Lady luck wasn’t at their side as their best opportunity to win a title was marred by injury issues.

It was clear from the start of the 2015-16 season that the Grizzlies weren’t the same with a declining Z-Bo and Tony Allen and were more severely hampered by their biggest Achilles heel in the Grit and Grind era, the inability to shoot the three ball and space the floor.

They had been playing better after a rough start and looked like they could gear up for one last run with this crew intact but with the foot injury to Marc Gasol it is clear that this team’s brief run as a pseudo title contender and beloved symbol for their city may be coming to an end.

The Grizzlies will be able to retool and rebuild in the future, but basketball fans in Memphis will never forget their first love, the Grit and Grind era Grizzlies.