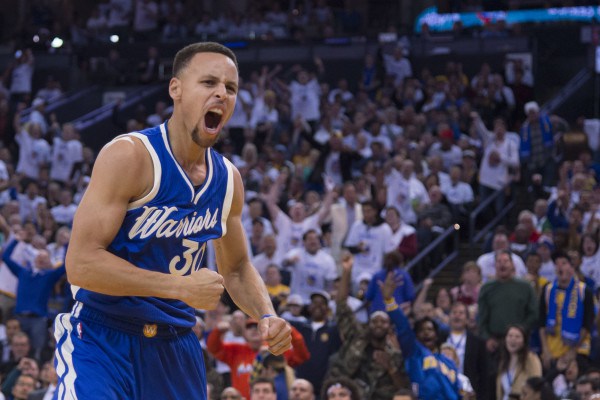 He is changing the way the game is played, impacting the on-court virtues and skill sets coaches and teams and analysts and fans value in a superstar. You might say he’s the Steve Jobs or Bill Gates of the Association.

And if you won’t say that, Dallas Mavericks head coach Rick Carlisle will.

From Dwain Price of the Star-Telegram:

“No one has ever played this way off the dribble. It’s breathtaking to watch. It’s something that we really have never seen before in this league.”

“You’ve just got to try to make it hard on him, but you’re talking about a guy that it’s a little bit like what Steve Jobs has done to our everyday life,” Carlisle said of Curry. “He’s changed the way we live — he and Bill Gates have done that.

“Steph Curry is changing the way the game will be played in the future. I’m sure of it, and that’s an historic thing.”

Maybe Mavericks owner Mark Cuban’s ties to the technological boom have rubbed off on Carlisle. Whatever the case, however obscure the comparison, Carlisle isn’t wrong.

To wit: Curry is shooting 44.3 percent when stationed 25 feet or more away from the basket, according to NBA.com.

The average NBA team is, per Basketball-Reference, converting 44.6 percent of all shots.