Bill Russell Arrested For Carrying a Gun at an Airport

Anou Enright October 20, 2013 Rumors No Comments on Bill Russell Arrested For Carrying a Gun at an Airport 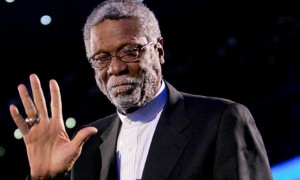 I’m not sure a stranger story could’ve possibly surfaced. Bill Russell, the man for whom the NBA Finals MVP trophy is named after, was arrested earlier in the week for having a loaded gun on him in a Seattle airport.

The gun is legal, but why was Russell walking around with this in the first place? And did he really try to sneak it on in his carry-on? Come on Bill. Explain.

Here are some specifics from USA Today:

The gun, which was discovered inside his carry-on luggage at a security checkpoint, was confiscated as evidence and the 79-year-old Russell was released after being cooperative with the authorities. There was no disruption to the other passengers going through the security checkpoint, the TSA spokesperson said.

“He handled himself fine,” Cooper said. “Usually what occurs in these situations is that the subject says that they didn’t realize it was in the bag. Typically that’s what happens when you have these discovered at a checkpoint.”