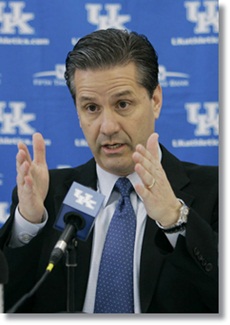 We all already know that University of Kentucky coach John Calipari is hands down the nation’s best college recruiter after annually reeling in some of the top recruiting classes over the past few seasons consisting of future NBA pros like Derrick Rose, Tyreke Evans, John Wall, and Anthony Davis.

Coach Cal undoubtedly plays on the legendary history of the University of Kentucky’s tradition of winning (8 NCAA Titles), the mystique of the cavernous Rupp Arena, and his penchant for being a pipeline for producing one-and-done players on their path to the NBA, in continually convincing Top 20 talent to don the vaunted blue and white each season.

While the reigning 2012 NCAA Champions will be losing another 5 players to the pro ranks, Calipari has struck recruiting gold again by bringing in the nation’s top prospect Nerlens Noel, along with fellow Top 50 prospects like SG Archie Goodwin, SF Alex Poythress, and C Willie Cauley-Stein as replacements.

Throw in transfers Ryan Harrow from NC State to run the point and experienced guard Julius Mayes, formerly of Wright State and the Wolfpack, along with the probable development of 2011 elite recruit Kyle Wiltjer and UK may be primed once again to make a run at a repeat.

Looking forward, Calipari and his staff is reportedly in the mix for virtually every Top 10 recruit in the sophomore, junior, and senior classes like new #1 senior Julius Randle, the nation’s best pro prospect in #1 junior Andrew Wiggins, and top ranked incoming sophomore Karl Towns, who at 6’11 and with innate ball-handling skills has already drawn comparisons to NBA scoring champ Kevin Durant.

Not that he needs any added advantage on the recruiting trail but Calipari recently was the architect of helping to trick out the UK basketball dorm rooms to the tune of an estimated $7 million upgrade, that now feature sinks built exclusively for 7 footers, a personal chef, leather recliners, and numerous life-sized murals depicting all of the current NBA stars that once attended UK like Rajon Rondo, DeMarcus Cousins, and John Wall.  All 8 of UK’s Championship trophies are also on display with an empty space left for #9….

You can check out a full 9 minute tour of the Wildcat Lodge over at CoachCal.com

Here’s a few pics from the Wildcat Lodge: 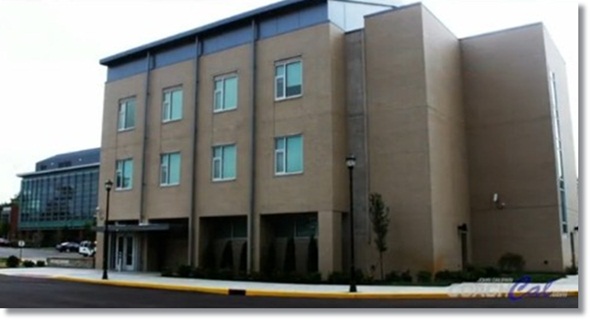 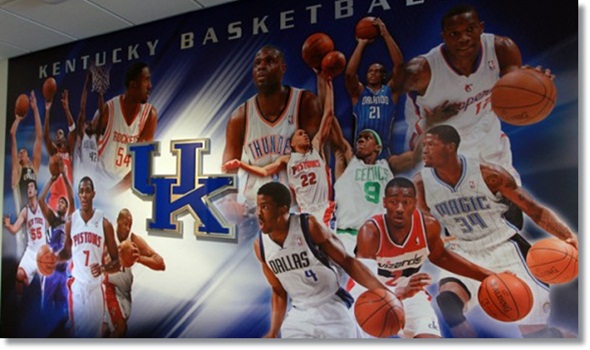 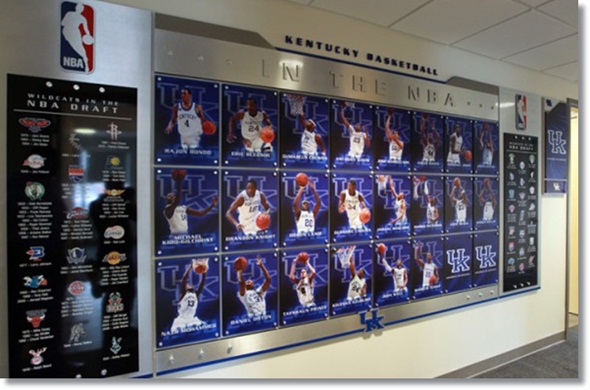 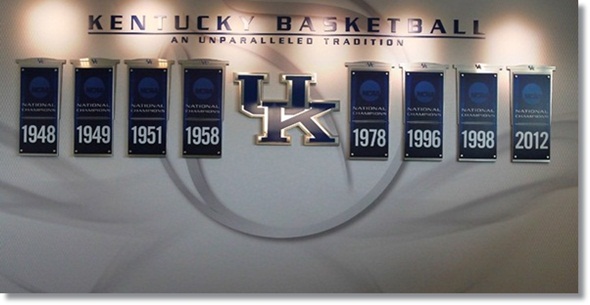