The “One and Done” Rule’s Impact on College Basketball 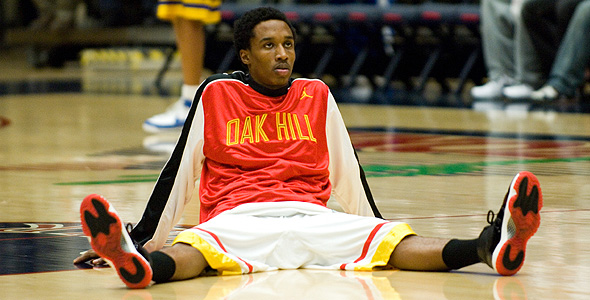 Ever since David Stern enacted the mandate that players must be one year removed from high school in order to enter the NBA Draft (the “One and Done” rule), there has been much emotion involved in what this rule truly means. Is this rule in place to improve the product of NBA basketball, or is the rule in place to deter young ballers from cashing in early? Whatever your answer to that question may be, you have to admit that there is good reason for this to be an emotion-filled topic. 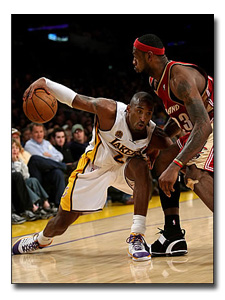 Whether it was David Stern’s intention or not, he has indirectly impacted college basketball. Certain players who have no business playing in college (like Derrick Rose and John Wall) were forced to go to school. If this rule were not in place, those guys would’ve made the jump to the pros. This means that it will be next to impossible to build a college dynasty anymore because guys leave as soon as some agent whispers sweet nothings in their ear. And I have absolutely no problem with that. I think that if a guy has a legitimate opportunity to leave, he should do just that. The rule also makes the term “student-athlete” lose credibility because in order to be eligible to play, the minimum academic requirements are laughably low. The ironic thing about this “One and Done” rule is that the best players of the past decade were guys who didn’t bother walking a college campus: Kobe, LeBron, Garnett, McGrady, to name a few. Even players like Brandon Jennings are being called trailblazers because they chose to work within the rules and after leaving high school play ball in Europe before returning a year later to the US to enter the NBA draft. Seems to be working out pretty well for him so far.

Some schools have decided to take matters into their own hands to deal with the issue of players leaving school early. Namely, Duke. For the longest time, Duke never had a player leave early and declare themselves eligible for the NBA Draft. In fact, the first player to do so from Duke was Elton Brand in 1999. That was soon followed by a few other players in subsequent years. Coach K didn’t like that, so (whether anyone wants to admit it or not) he decided to switch up the type of player he brought to Tobacco Road. The Carlos Boozer, William Avery, Corey Maggette, Elton Brand, Jay Williams (the best college basketball player I’ve ever seen) types were gradually replaced by the Greg Paulus, Jon Scheyer, Kyle Singler types. The type of player that Duke recruits has changed dramatically. They don’t look like they used to if you know what I’m saying (just merely an observation). Duke now recruits college basketball talent, not NBA talent (I’m not necessarily saying that your demographic determines if you’re NBA talent). This is why they won’t win a championship any time soon. The teams that win usually have guys who are NBA material. Coach K would rather graduate his players than run the risk of recruiting guys who are good enough to leave early, but still win him a championship. I’m not saying that’s a bad thing, but they won’t win a championship like that. But, I digress.

Stern’s job is to improve the NBA, not college basketball. It is up the the respective schools to try to keep these guys in school and take their academics seriously. That’s not up to Stern. At first I was against the “One and Done” rule, but it has grown on me. The rule can be both good and bad depending on how you look at it, but the underlying theme here is that David Stern has the best interest of the game in mind. Period.