What does the Future Hold for Allen Iverson?

admin June 26, 2009 Blogs 9 Comments on What does the Future Hold for Allen Iverson? 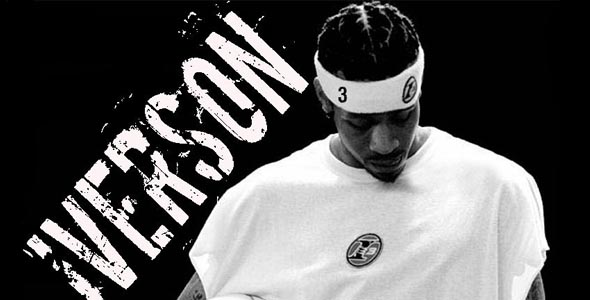 A knee jerk reaction to the 2009 NBA Draft includes two points worth mentioning. One is the unfortunate slip that quality players like DeJuan Blair and Sam Young made and the other is the incredible amount of point guards selected in the first round. The latter point could have a huge effect on current free agent veteran point guards like Stephon Marbury, Andre Miller and most notably Allen Iverson.

During his prime, Iverson was one of the most enigmatic, intriguingly talented professional athletes in the entire world. With the cornrows, tattoos, gangster rap career, gun possession charges and press conference tirades all defining his image, Iverson was as polarizing a figure as the league had ever seen. His eccentric persona translated beyond the basketball court more so than any of the 400 plus other players in the NBA.

Last April, one of the toughest players to ever dribble a basketball gave hint that his playing days could be over quicker than his performance had indicated. When relegated to the role of instant offense off the bench, Iverson first struggled and eventually gave an explanation to the media.

“I’m in a position now that I’ve never been in my whole life,” he said. “It’s harder than I thought it would be. With the back injury, I have to sit out at the start, then go in, then sit again. It’s tough to really get going. I take my hat off to the guys who can come off the bench and be effective. It’s tough for me. I’m struggling with it.”

So where does this leave the 33 year old? His days as a Piston are clearly over and after general managers witnessed Denver’s drastic change in attitude before and after Iverson’s tenure, the market to sign the ten-time all-star won’t be buzzing. He’s currently a free agent; his days of leading the league in scoring and being a franchise player are all but over. With a recent refusal to come off the bench and contribute with his uncanny scoring ability, where will Iverson play next year if at all?

Europe wouldn’t be a surprise although envisioning him play for a Euro-league club that centers itself on an all for one, one for all concept does not seem like a good fit for the NBA’s active leader in field goal attempts. He’s an old 33, but played in all 82 games as recently as last season, when he also led the league in minutes played.

The Hampton, Virginia native will be a first ballot Hall of Fame inductee who, despite what he has been saying, has a few solid years left in him to remind basketball fans across the country just how great a player he is.

He’s finished on an All-NBA team seven times, was voted rookie of the year in the 1996-97 season and regular season MVP in 2000-01. The six-footer has led the league in scoring four times and has a higher career scoring average than Kareem Abdul-Jabbar, Larry Bird and Oscar Robertson.

Is this once in a lifetime talent washed up? Or will he find a team and eventually an elusive championship ring?