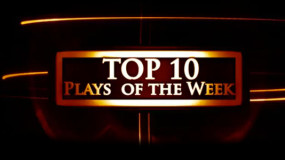 March 13, 2012 – The Hoop Doctors The past week in the NBA has been more of the same greatness we have been treated to throughout the entire lockout shortened season. High flying dunks, amazing dimes, buzzer beaters, and unfortunately some injuries to key players. Was Gerald Green’s windmill alley-oop the dunk of the year? [...] 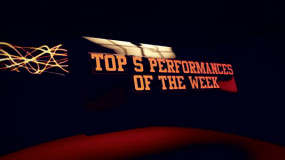 March 9, 2012 – The Hoop Doctors In another great week of NBA action there were dozens of performances worth reliving. But none more than these five, and clearly none more than Rondo’s line he put up against the Knicks. Check out the highlight mix put together by our resident mixmaster Meir Erginbas…. [...]

THD Video: A February to Remember 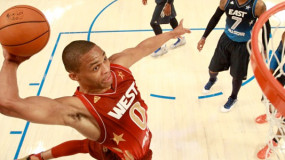 March 1, 2012 – The Hoop Doctors Most NBA fans we have spoken to about the condensed season due to the lockout, have been in heaven with the nightly action. February 2012 was the best month for NBA basketball in recent years, not only due to all the extra games, but also because of the [...]

February 20, 2012 – The Hoop Doctors The past week has been even more Linsanity than anyone could have expected. His popularity has gone to a whole new level, and his play on the court has followed. But there were many other great plays this week that have gotten overshadowed by the Lin phenomenon. Check [...]

February 13, 2012 – The Hoop Doctors Jeremy Lin has been on a tear like no other in the NBA the past week. He has single handedly put the Knicks back in the playoff hunt by leading them to 5 straight wins. If there was any player in the league this week that deserved “Player [...]

Video: Top 10 Dunks of the Week 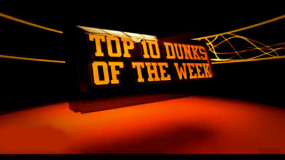 February 6, 2012 – The Hoop Doctors What a week in the NBA for highlight reel dunks! With the Blake Griffin and Lebron James’ dunks seemingly shocking the NBA world, there were many others that got overlooked. In this week’s THD Video, let’s take a look back at the Top 10 Dunks in the NBA…. [...] 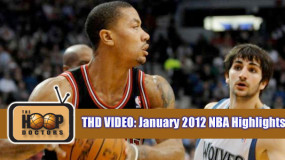 January 31, 2012 – The Hoop Doctors After the extended lockout robbed us of the first chunk of the 2011-12 NBA season, January 2012 was the first full month of NBA action. And what a month it was. We couldn’t have asked for anything better in an opening month. With multiple ‘must see’ games each [...]

THD’s Top 5 Performances of the Week 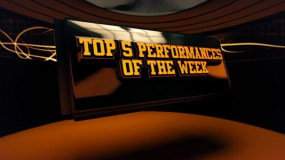 January 23, 2012 – The Hoop Doctors There have been some big time performances this week in the NBA. The numbers Chris Paul put up on the Lakers were nice, but maybe none were as impressive as Lebron’s showing against the Spurs. Check out the highlights of our Top 5 NBA performances of the past [...]

January 16, 2012 – The Hoop Doctors Veteran Kobe Bryant has been playing out of his mind the past week for the Lakers. But what is more surprising than the fact Bryant can still score, is how he is scoring. This week he played above the rim, and two of his highlights have made our [...] 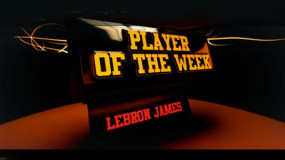 January 9, 2012 – The Hoop Doctors Lebron James was named the Eastern Conference ‘Player of the Week’ for the opening week of the NBA season. The Hoop Doctors felt his game has been so tight, so fluid, so unstoppable the first two weeks of action, he deserved a little highlight mix of his top [...]