THD Video: Welcome Anthony Davis of Kentucky to the NBA 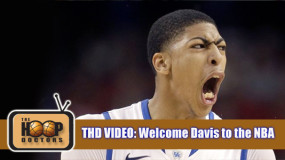 June 6, 2012 – The Hoop Doctors The New Orleans Hornets organization has to be ecstatic right about now. They got the steal of this year’s NBA draft by defying the odds in the draft lottery and beating out the Charlotte Bobcats for the number one spot. In this case that ultimate prize is the [...] 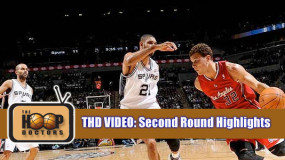 May 31, 2012 – The Hoop Doctors The 2012 NBA Playoffs second round was intense. Of course the Spurs did their now usual sweep show, and the Thunder got by the Lakers relatively unscathed. But in the East we saw some instense battles between the upstart Pacers and the Heat, as well as the Sixers [...] 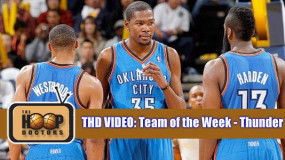 May 8, 2012 – The Hoop Doctors With the end of the first round of the 2012 NBA Playoffs in sight, the OKC Thunder are at home waiting for their next opponent. The Thunder not only had the large task of playing the defending champions in the opening round, but they won the series in [...] 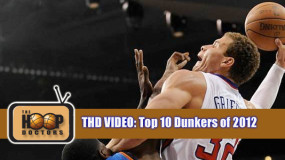 May 2, 2012 – The Hoop Doctors Normally after the season closes we put together a Top 10 Dunks of the Season highlight video. But as we were looking at the highlights we realized it was far too difficult to pick just 10 dunks. We also noticed a trend that many of those top dunks [...] 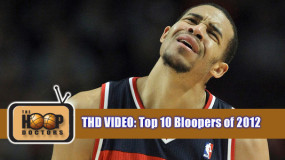 April 25, 2012 – The Hoop Doctors Although there were less overall games in the lockout season, it was a wild ride with NBA action virtually every night. It was a dream for most NBA fans, where the only complaint was trying to track too many games at once. But even with less games overall, [...] 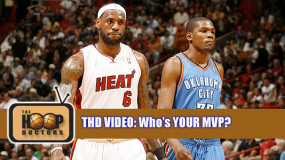 April 18, 2012 – The Hoop Doctors This lockout shortened season has been a rollercoaster ride of excitement and highlight reel plays. As the season has wore on it has been looking more and more likely that the NBA’s Most Valuable Player Award will be going to either Lebron James or Kevin Durant. I’m not [...] 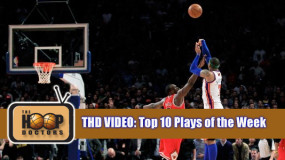 April 10, 2012 – The Hoop Doctors The past week in the NBA has been a wild one. With games between contenders getting serious as many teams are jockeying for playoff positioning, there have been a lot of big plays and late game heroics. Kobe’s game winner, Carmelo’s game tying and game winning shots, Durant [...] 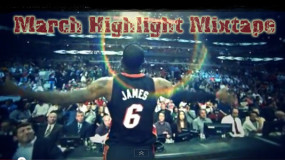 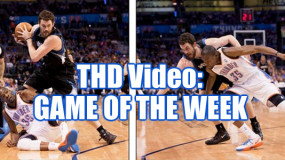 March 27, 2012 – The Hoop Doctors We’ve been treated to a few amazing NBA games this week. Sunday night for one, we got a quadruple OT thriller between the Jazz and Hawks. But by far the best game this past week was the Double OT slugfest between the Thunder and Timberwolves. [...] 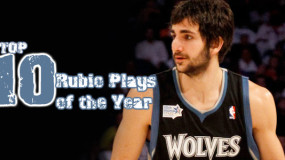 March 20, 2012 – The Hoop Doctors I think we can all agree that it is a travesty Ricky Rubio got a knee injury just over mid way through his rookie season. Why? Because he brought more flair and excitement to the court than we have seen in years in the NBA. Always with a [...]