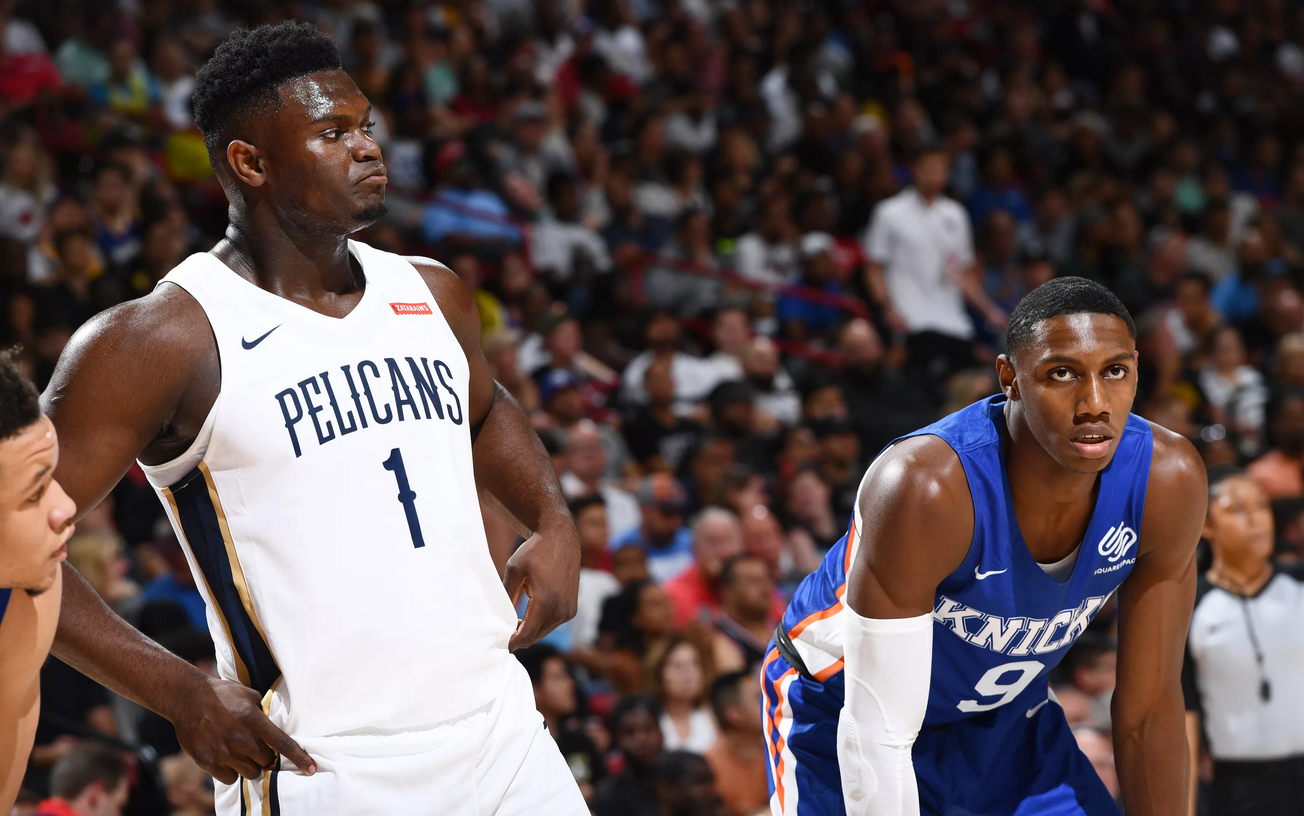 It is that time of year again when NBA fans are trying to decide which rookie will make the most impact. As every basketball fan knows, the unexpected can always happen, so it is impossible to know for sure who the hottest hotshots will be. But you can be sure that the following six rookies are upcoming NBA stars who will make an impressive impact.

The Atlanta Hawks’ Cam Reddish has been dividing opinion, but he could be the outsider that makes the most impact in the rookie class of 2019. Reddish can certainly shoot well. Given the Hawks’ current system and Reddish’s ideal size of 6’ 8” with a 7’ 1” wingspan, he could potentially rise-up to become one of the team’s greatest stars.

Canadian Brandon Clarke exceeded even the most optimistic expectations when he played college basketball for the Gonzaga Bulldogs. Indeed, Clarke became the first Division 1 player to average at least 16 points and three blocks per game in more than 25 years. Furthermore, his Box Plus/Minus of 18.6 means he ranks second in the country, next to Zion Williamson. Clarke is, therefore, one to watch, for sure.

Many people considered Coby White to be the best point guard in the draft next to Ja Morant. White will have his chance to shine playing for the Chicago Bulls. If he continues scoring and playmaking with the Bulls squad, he could overtake Kris Dunn as the point guard of the future. Even though Coby White will have to share the ball with Zach LaVine, White’s size at 6’ 5” alone should help him to acclimatize to the NBA game quickly.

RJ Barrett became the New York Knicks’ highest draft pick since Patrick Ewing in 1985. Although Barrett still relies on instinct and improvisation over technical skill, he may already be the Knicks’ best playmaker, seeing as he averaged 4.3 assists and graded in the 95th percentile as a ball-screen passer. He might struggle with efficiency, but with his size and strength, he should be able to put up substantial numbers. With virtually every shot in the bag, including runners, pull-ups, and floaters, Barrett should continue to keep firing away to make an impact on the NBA scene.

After standing out as a hotshot while playing college basketball for the Murray State Racers, Ja Morant was quickly selected by the Memphis Grizzlies for the 2019 NBA draft. With his powerful athleticism and quickness, he will immediately receive the reins of the Grizzlies offense. With an explosive scoring ability and the likes of Jaren Jackson Jr. alongside him, he is sure to put up points and assists to make him one of the top players of the NBA rookie class.

The New Orleans Pelicans’ Zion Williamson has undoubtedly been the rookie making the most impact in the NBA. Indeed, many consider him to be the most significant NBA prospect since LeBron James, and Williamson has been hotly tipped to take home the Rookie of the Year trophy. However, a recent injury to his right knee means he looks set to miss the first six to eight weeks of the season, so maybe he will not be the star of the season after all. Regardless, Williamson is sure to become one of the top players to follow in the coming months. With his physical strength, quickness, and use of power, he has demonstrated he can score easy baskets consistently.

Want more basketball action? You can play Basketball Star, the popular slot game, at this online casino with plenty of games on offer.