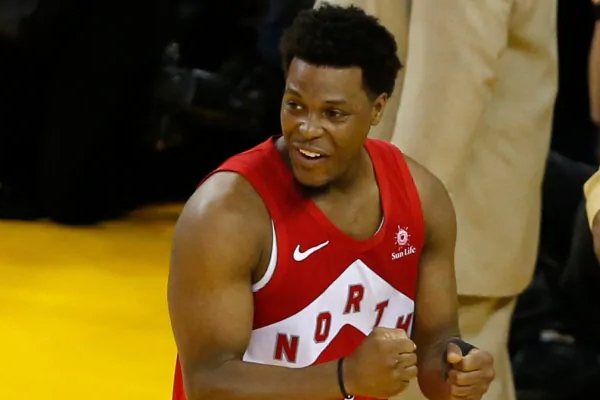 The Toronto Raptors and Kyle Lowry have agreed to a one-year extension worth $31 million.

The extension means Lowry will earn a total of $64 million over the next two seasons. Before signing, his contract had been set to expire after the 2019-20 season.

His future with the team had been debated this offseason, with some even suggesting that the Raptors would begin a rebuilding process now that Kawhi had left. If that had been the case, then that would have meant that Lowry would have also moved on.

Instead, ESPN reports that Raptors president Masai Ujiri and general manager Bobby Webster were highly motivated to extend Lowry and return the rest of the team’s core players.

“We are so appreciative of how Masai and Bobby handled every aspect of this negotiation,” Lowry’s agent told ESPN. “Once again, they displayed how they look after their players in a first-class manner, especially someone like Kyle who they recognize has such a legacy with the franchise.”

Lowry had not been enthusiastic about entering the free-agent market as a 34-year-old, but now he gets a deal that delivers him into some historical context: He becomes the first player older than 33 to get an extension that includes a first-year salary-cap hit north of $30 million.

In September, Ujiri mentioned that Lowry’s standing with the franchise could play into the decision-making process.

“Kyle has an incredible legacy here that we have all underrated,” Ujiri said at the team’s media day. “The inner core of who he is as a player and what he’s done in this franchise, he deserves that. There’s legacy status for him.”

Lowry, a five-time All-Star, was instrumental in the Raptors’ championship run last season.