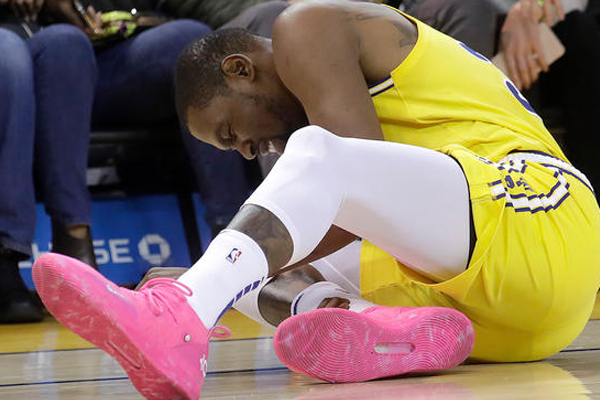 Golden State Warriors’ Kevin Durant went straight to the locker room with 6:34 remaining in the fourth quarter during Sunday’s 115-111 upset loss to the Phoenix Suns with an injured right ankle.

In the fourth quarter, All-Star forward Kevin Durant was looking to pass the ball in the low post and collided with a pair of Suns. He ended up coming down awkwardly on his right ankle and immediately went to the locker room for further treatment.

“I think he’s going to be all right,” Kerr said, according to the Mercury News’ Mark Medina, later adding that he doesn’t expect Durant to have an MRI. “I don’t think it’s bad. I talked to him briefly. He didn’t think it was too bad.”