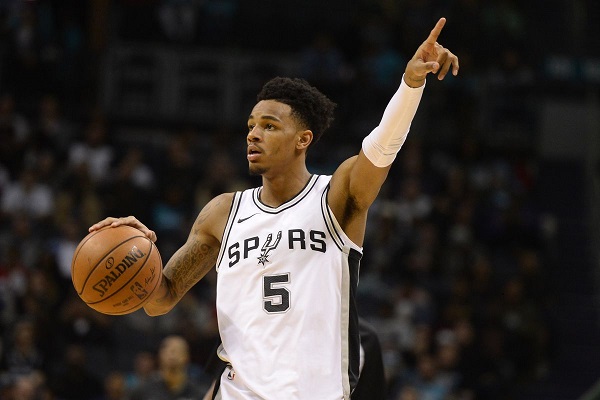 It was a rough weekend for the San Antonio Spurs on the injury front.

First, they lost their 1st round pick and likely contributor at the shooting guard position Lonnie Walker IV for 6 to 8 weeks as he underwent a surgery to repair a torn meniscus that he suffered in the Spurs preseason game in Detroit.

Lonnie Walker will be out 6-8 weeks following surgery Monday for a torn meniscus https://t.co/8MAlaSIkxO

Now they are likely to be without their starting point guard, Dejounte Murray for the season. Murray tore his ACL while driving to the hoop on James Harden in their preseason game on Saturday.

Murray was an All-Defensive performer for the Spurs last season as he took the starting job over from longtime point guard Tony Parker.

For a team that already doesn’t have the most depth or experience in their back court, losing Dejounte for the season is a big blow to start the season for a Spurs team trying to stay in the western conference’s top tier.