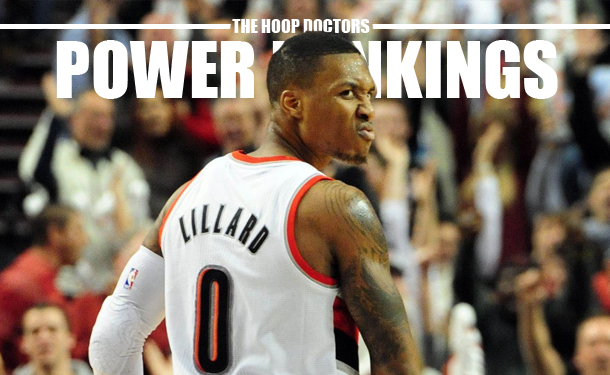 Is the NBA getting predictable?

That’s a question we’re left to ask ourselves after blazing through this addition of the NBA power rankings.

There are some surprises, sure. But, for the most part, movement is stifled. The top one-third of the league remains pretty stationary, while the five to seven bottom-most feeders are jostling for position only among themselves.

Most of the changes come in the middle, where a handful of mediocre teams are championing welcomed chaos. The Indiana Pacers, Detroit Pistons, Atlanta Hawks, Utah Jazz, Dallas Mavericks, Charlotte Hornets and Memphis Grizzlies are exchanging barbs, and it makes for a highly interesting, incredibly clunky cadre of middling factions.

Yes, the Golden State Warriors are still making a mockery of opponents. And sure, the San Antonio Spurs are quietly historical. But the Blazers, preordained one of those bottom-feeders, are legitimate and, against all offseason logic, are going to make for a tough first-round out, irrespective of who they’re playing.