Anou Enright December 1, 2015 Rumors No Comments on Jahlil Okafor to be Accompanied by Security Guards When He Goes Out 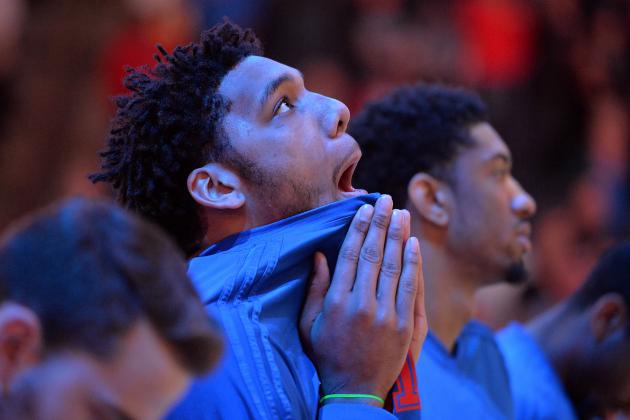 Jahlil Okafor has barely played a months-worth of NBA games, but he’s already creating headlines both on and off the court. He’s averaging 18 and 8, roughly, and he’s also averaging some interesting behavior. Over the weekend, video surfaced of him getting into some sort of scuffle and was also recently stopped for driving 108 MPH on a bridge. Nothing to laugh at. Could’ve ended up much worse.

But the 19-year-old will make a change. He’s reportedly going to go out with security from now on.

The request for security came from Okafor’s handlers, who asked the 76ers to make a security guard available to their first-round draft pick out of Duke. The Sixers did not return a phone call seeking comment, but two sources said the club will honor the request.

“A lot of teams do that for their players anyway,” a source close to Okafor said. “So from now on, the Sixers are going to have someone at his disposal full-time.”