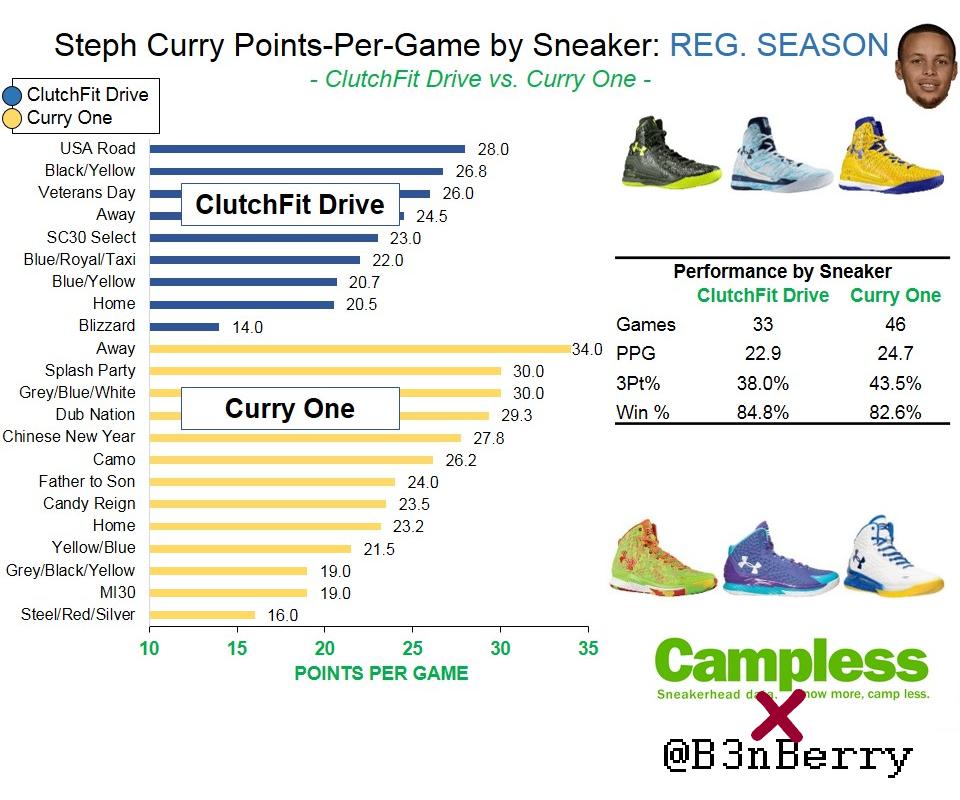 As time goes on, I find myself delving deeper into all aspects of sneaker culture. Recently I teamed with Campless (sneakerhead data resource) to quantify the statistics that reigning NBA MVP Stephen Curry recorded in each colorway of the Under Armour Curry One and Under Armour ClutchFit Drive that he wore throughout the entire 2014-15 Golden State Warriors championship season.

Published here are the Campless x Ben Berry collaborative charts, but feel free to head over to the full article.

After identifying each Under Armour sneaker that Stephen Curry wore in EVERY game and recording and averaging his statistics in each colorway of the Curry One and ClutchFit Drive, it is clear that the elder Splash Brother not only got better as the season went on, but all of his stats saw a spike after the debut of his first signature sneaker.

Shoutout to Josh from Campless for not only helping me organize all this data I had, but also being willing to host this content on his site. Campless was the obvious choice of outlet to publish this as he has already built a sneaker resource website that focuses on the numbers side of the market; salutes to him and his newborn son. 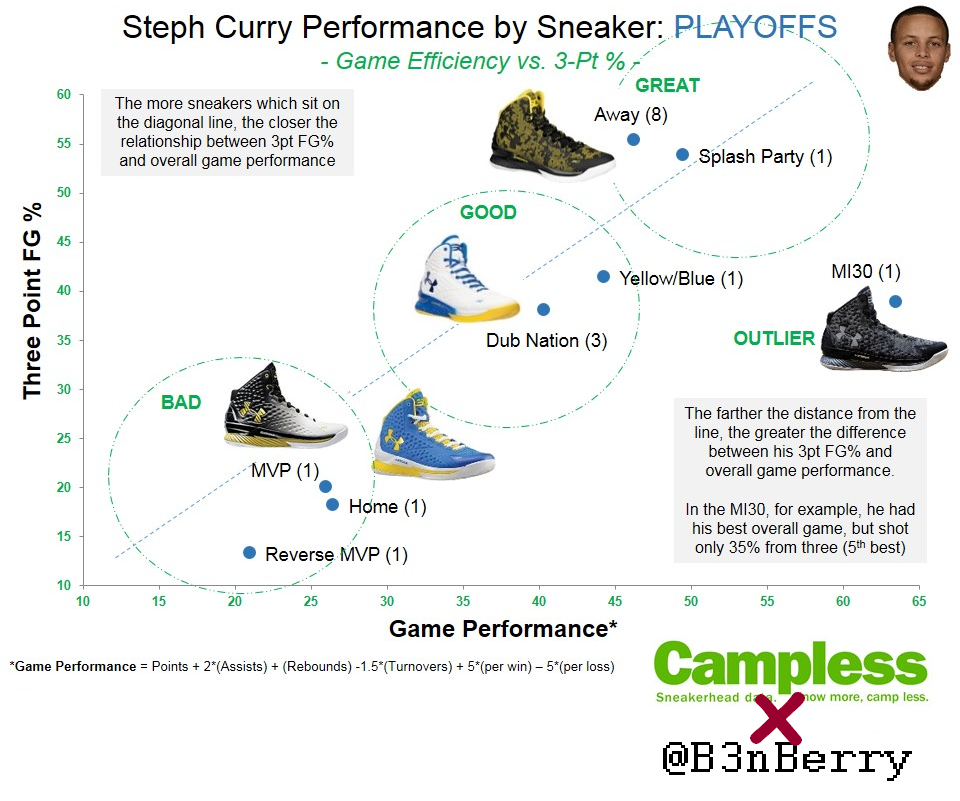 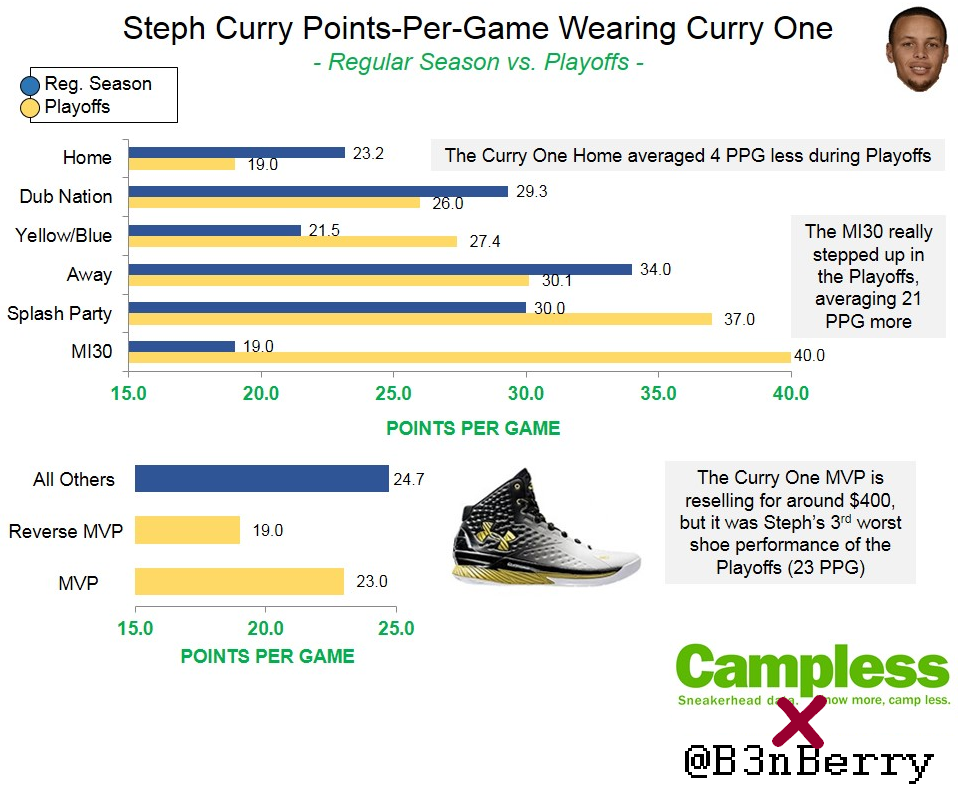 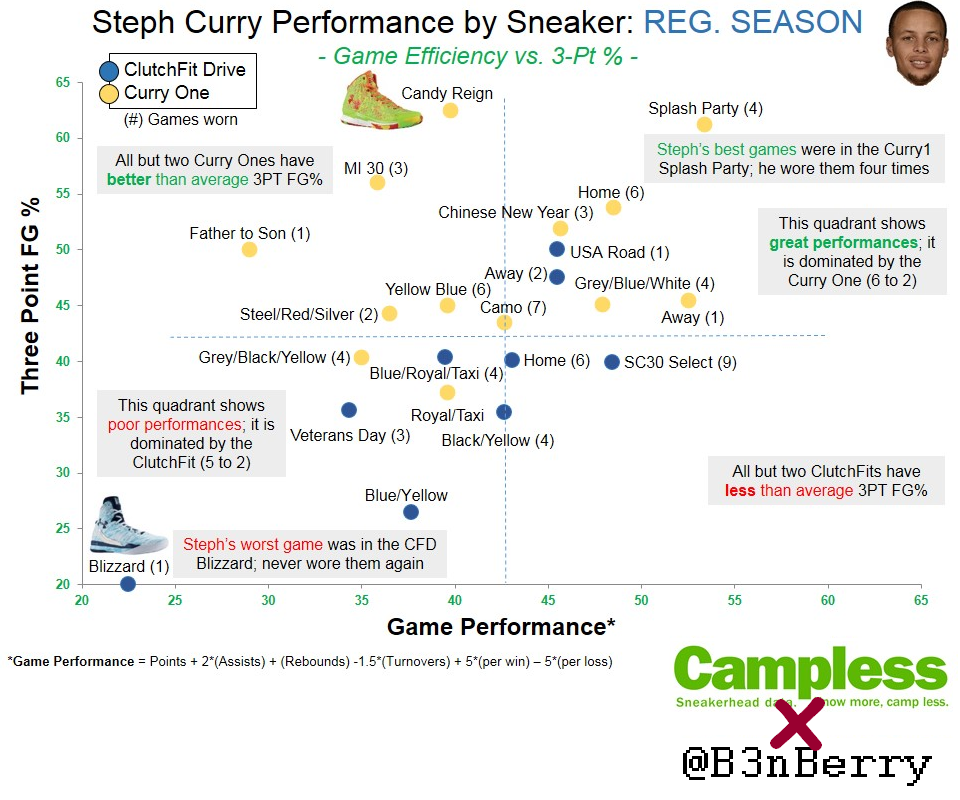