2015-16 NBA Salary Cap Could Be Higher Than Expected 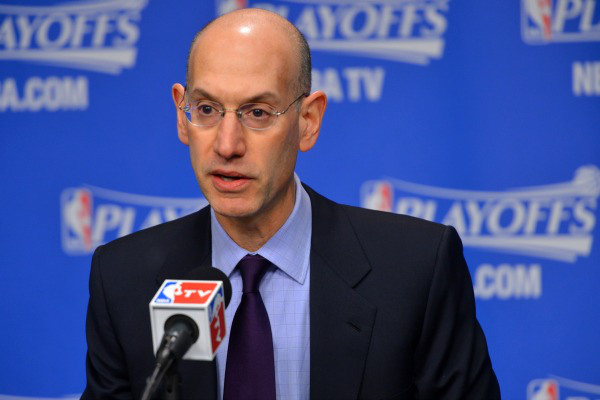 At the start of NBA free agency, it’s normally the players and teams that dominate the rumor mill. This year, however, it’s the salary cap.

Make no mistake, player and team chatter is everywhere. But there’s another layer to the speculation fire because of the league’s impending salary-cap boon. The financial ceiling is set to hit $89 million for 2016-17, and $107 million for 2017-18. Player salaries will, in turn, balloon like crazy, and pretty much every team under the sun will carve out max-contract space next summer, perhaps even the summer thereafter as well.

The 2015 offseason was always going to be crazy as a result. Players are going to get overpaid (see: Al-Farouq Aminu) because their deals won’t look as bad within a new cap bubble. They may even look properly priced or like downright steals.

Cost-cutting trades are bound to be a factor as well, as teams try to position themselves to take advantage of next year’s financial boom. Short-term contracts are inevitable, too. Certain players will roll the dice (see: LeBron James) and put pen to paper on deals that allow them to re-enter free agency in 2016 and/or 2017 and capitalize on the crazy-ass dollar signs they’ll be able to collect.

But that’s supposed to be the extent of this summer’s craziness. The cap was projected at $67.1 million for the 2015-16 season, and every free-agency prediction/plan/pipe dream has been founded upon that number.

Turns out that number may be higher.

What is expected to be a frenzied free-agent period in the NBA is about to become even more chaotic, with league sources telling CBSSports.com Tuesday night that the 2015-16 salary cap is expected to come in as much as $2 million higher than initial projections.

The revenue numbers upon which the cap is based came in healthier than anticipated, which could lead to significantly more spending room per team in the free agency period that kicks off at 12:01 a.m. ET.

Teams have been operating on an estimated cap of $67.1 million for the 2015-16 season, but the National Basketball Players Association revealed at the annual agents’ summit in Los Angeles this week that the actual cap is expected to come in at least $1 million higher, and perhaps as much as $2 million higher, two people familiar with the matter said. The official number won’t be set until July 8, when league audits will be completed at the end of the league’s moratorium period on free-agent signings. Players and teams can begin negotiating deals after midnight ET Wednesday.

A $2 million spike doesn’t seem like much, but it’s actually huge. Any extra money goes further now than it would next season, when players will be more expensive, and that $2 million could be the difference between a team offering or not being able to offer a contract.

Say the Los Angeles Lakers want to sign LaMarcus Aldridge and DeAndre Jordan (they actually do). And say they carve out $33 million in cap space (they, theoretically, can). That only leaves either player to take $16.5 million apiece to start their deals, which is markedly below the max they can receive.

Another $2 million drums the Lakers’ cap space up to $35 million, allowing them to offer DJ and LMA $17.5 million in the first seasons of any deal. That’s still not the max either player can receive, but it’s pretty damn close and far more appealing.

Thus, this potential $2 million spike could have serious ramifications as the NBA offseason soldiers on.

Buckle the freak up.