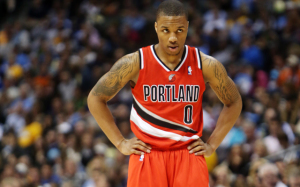 Last year as a second year player, Damian Lillard was selected by the coaches to be an all-star reserve in the Western Conference. Since that had already been established, it seemed only logical that with Portland being third in the West, and Lillard having better numbers this year than last year at this time, he’d be selected again.

But he was egregiously left off while the tenth place OKC Thunder will be represented by Kevin Durant and Westbrook. However, Kobe Bryant will need to be replaced, so Lillard still has a shot.

DeMarcus Cousins also has a legit beef as well. Here’s the full list of reserves: