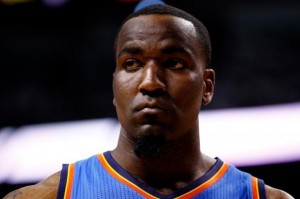 Well, this is awkward.

Kendrick Perkins, resident useless guy for the Oklahoma City Thunder, is cheesed off. Why you ask? Hint: It has nothing to do with the fact that the phrase “cheesed off” is outdated.

Hasheem Thabeet met up with a bunch of OKC’s players and posted a photo of their festivities on Instagram. 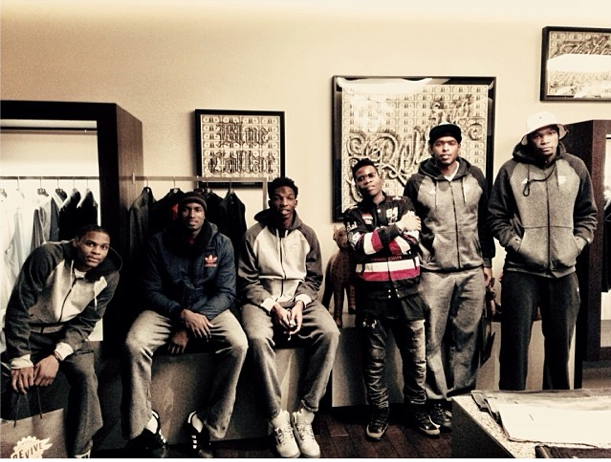 See? The gang’s all there. You have Thabeet, Russell Westbrook, Serge Ibaka, Kevin Durant and even Ryan Gomes.

Taking to the comments section, Perkins expressed his displeasure, using expletives I refuse to write here. You may not be able to see it on Thabeet’s Instagram, but never fear, Deadspin’s Samer Kalaf provided a snapshot of Perkins’ doozy (his response is the sixth comment down): 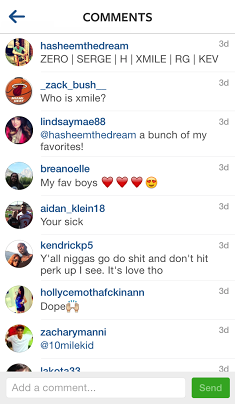 Ouch. That’s some love-hate business going on right there.

Can’t figure out for the life of me why Perk’s teammates wouldn’t want him to paint the town red with them. Is he that big a party pooper? Do they loathe his 5.5 PER, that brings new meaning to the phrase “Wow, he’s awful,” that much? Is he anti-sweatpants? Afraid Durant looks like a mischievous deviant in hoodies? Are they Worried he’ll pick off their plate without asking? Mistake a revolving door for an amusement park ride?

That last one at least makes sense, since Perkins wouldn’t stand for Noah’s presence in the Thunder’s locker room a while back. But if Noah wasn’t there, then Thabeet and friends have some ‘splainin’.

While they’re at it, they might also want to apologize to Derek Fisher, who also wasn’t there. And Steven Adams. And Nick Collison. And Scott Brooks.

Actually, the more I think about it, they’re good. It’s not like everyone was there. Just a few of them. Perk shouldn’t feel too slighted.

But if he’s really looking to exact revenge, he does have the option of throwing a “Grammatical Correctness Optional” party, where attendees do nothing but deliberately misspell words, soil the good name of punctuation and refer to themselves in the third person. And to top his master, diabolical plan off, he doesn’t have to invite Durant, Westbrook, Thabeet or Ibaka.

Wait, he has to invite Westbrook. There’s no way it’s a party without Westbrook. He puts the “W” in “WTF did we do last night?”

Everyone else, though? Screw ’em. Leave them to their Instagram photos and Perk-less excursions. They can have ’em. Perk has something way better: The ability to spell “though” like “tho,” and pull it off.