Russell Westbrook Gets His Own Jordan Brand Glasses

admin October 16, 2012 Kicks, Offbeat No Comments on Russell Westbrook Gets His Own Jordan Brand Glasses 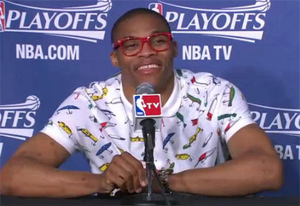 Russell Westbrook certainly has a unique spin on the whole hipster/nerd chic fashion style. For years he has been wearing the Urkel-esque glasses that recently during the NBA Finals got all sorts of media attention.

It seemed to be mainly the media who was trying to manufacture a feud between Durant/Westbrook and the Heat’s Wade/James over ‘who wore ’em first’? But that said, I have to agree with Westbrook that he was the first we saw wearing the nerd glasses, although Wade took it a step further by sporting the glasses without lenses. Durant and Westbrook were also the first to start wearing school boy backpacks to press conferences as well. In fact it sparked a whole adidas campaign about ‘what’s in your bag?’.

So you won’t be surprised to find out that the recently signed Jordan Brand athlete, Russell Westbrook is getting his own signature Jordan Brand nerd chic glasses. Jordan teamed up with eyewear company 9FIVE to create an exclusive pair of Jordan Brand x 9FIVE glasses for Westbrook. The glasses feature the Jumpman logo on them as well as an inscription that reads, “RW-LTD. EDITION.” For now, only Westbrook will be sporting them, but it shouldn’t be long before fans start demanding a pair at retail. Here’s a closer look: 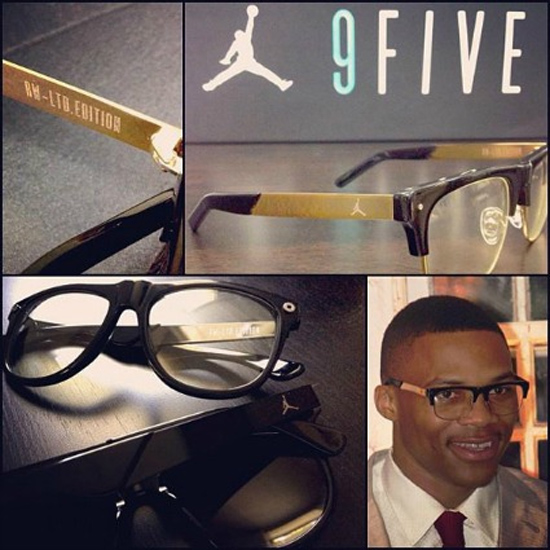 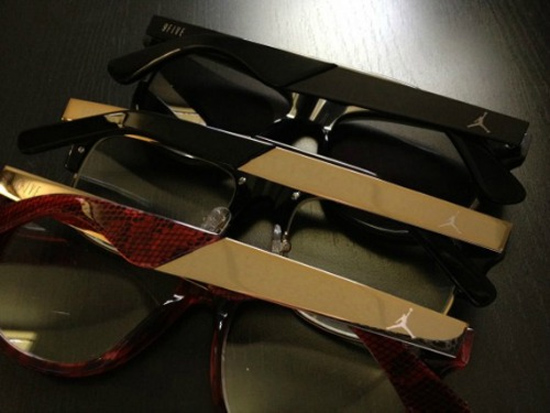 (H/t to DrJays.com for the Images)