Steve Nash is the Most Ridiculous Man in the World 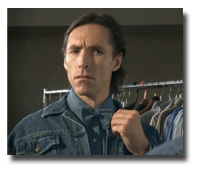 Forget the ‘Most Interesting Man Alive’ from the Dos Equis Beer commercials, Steve Nash of the Phoenix Suns wants you to meet the ‘Most Ridiculous Man Alive’ from the Vitamin Water spots. These Nash Vitamin Water spots are hilarious and very creative. After watching Nash’s personal handywork on team flights, i’d have to assume he has a big hand in the creative process with Vitamin Water. This season i’m just as amazed at Nash’s film making abilities as I am with his longevity and his ability to still play at an MVP level into his late 30’s. Steve Nash for MVP. Okay so it’ll be Lebron. But i’m just sayin’…..Nash is the coolest.